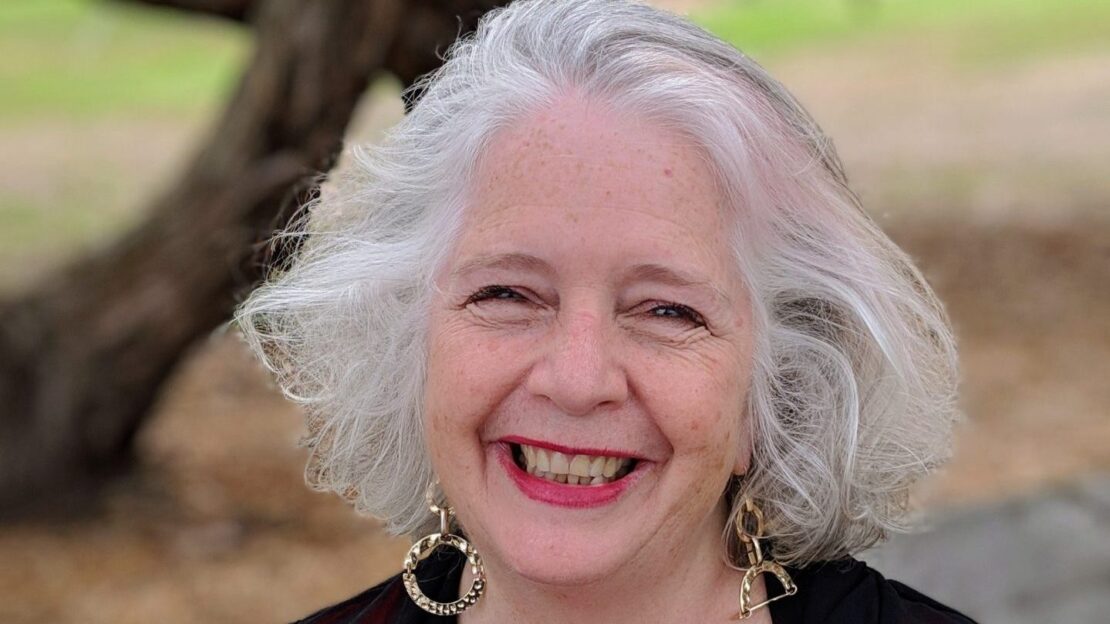 I have long been an admirer of Joan Chittister OSB, the Benedictine nun, spiritual warrior and all-round good woman, so was thrilled to be able to see and hear her at the Melbourne Town Hall in May. I have enjoyed her books and her common sense and her feeling for stories that have heft, even though they may be quite simple in the truth-telling. On my desk at school, I have her words as guide: Don’t be afraid to speak. Be afraid of what will happen to the whole truth if you don’t. As interviewer Rachel Kohn noted, Joan has a way of encapsulating the truth in a pithy way. I was waiting to hear her words of wisdom, to feel stirred up, to understand that the time is now and that more intercessory words, commentary and institutional intransigence are holding back the Spirit of and for change.

One of the other minor benefits of this evening was popping into the Charles Dickens Tavern under the Block Arcade to have a very tasty cauliflower and crouton soup and enjoy being an anonymous woman amongst the after-work chatter and camaraderie. Just sometimes, one’s own company is enough, that quiet drawing of breath and processing things before the next intellectual, emotional or spiritual intake. I am sure Joan, too, understands this occasional need; to be happily alone, but not lonely, able just to observe the world in its ordinary glory, its dailiness, seeing God in all things, in the warp and weft of our lives. Sometimes we need that quiet personal plateau before we ready ourselves for the next challenge.

It was gratifying seeing the number of people in the Catholic world who had turned out to listen to this prophetic woman. I said hello to or waved at or saw in the distance people I had taught with who had mentored me, people from my parish and school, principals and students, women from my FCJ companionship group, daughters attending with mothers, a few good men. It was a gathering of the clan. There was a palpable sense that we wanted to hear Joan live. We were a community looking for answers from a woman who is not afraid to express an opinion about the state of the Church, or anything else for that matter! She invoked the spirit of Daniel Berrigan SJ who said A prophet speaks the truth to a culture of lies.

She spoke of Jesus being domesticated by religion and that we have lost sight of the man of radical hospitality, of healer and prophet, of the mercy and justice he showed to those on the margins. Joan has a great turn of phrase and I was taken with her image of the spiritual jacuzzi – where we can feel we are soft, warm and comforted Christians, complacent with our efforts. We accept the nice part of following Jesus, but we also need to get angry about the justice issues that are pervasive in our society.

Behind every statistic is a story and Joan reminded us that in the US over the last decade the pay rise for CEOs has risen 940% whilst the rise for workers has been just 12%. We talk so often of equitable distribution, but this is often just empty rhetoric. She reminded us that the privileged of us have a responsibility to the poor of us. She raised the prophetic voice, the warning that we are losing our way and that the vibrant, insistent, dissenting voice, often of women, must be heeded.

These voices can strengthen the Church because they love the Church.

Joan spoke of the prophets who go where there is no road and make the path for us. We know that prophets, and inventors, scientists and entrepreneurs amongst others, sometimes the crazy-brave in any field, risk ridicule and rejection. They dare when we do not. They risk and we are happy to let them do it from the comfort of our spiritual jacuzzi. Prophets poke and prod us out of the darkness of outdated thinking or sclerotic views. They seed social change, looking for the common good, seeking the hospitality of person and place where all are welcome.

As a bit of a crazy-brave herself, Joan spoke about the fact that our new questions still get the same old answers and that this is a sort of spiritual suppression. She reminded us that we need to be minded that our service should be to the Holy Spirit, rather than the institutional Church, if that Church is not regenerative and responsive to the signs of these times. She spoke of the chains of traditionalism, some of which can hold us back from being the people God would want us to be.

Joan wonders if there will be prophets enough for the future. Her key point and one she has made often in her recent books and tours is: Time doesn’t change anything, people do. Joan is a great believer in the Holy Spirit. Recently we have celebrated Pentecost, the birthday of the Church and have been reminded that it is the energy of the Spirit that moves us to change, to break the chains of complacency, to be disturbed into action.

The Spirit is the Godly get-up-and-go that provokes us into doing something, rather than nothing. It challenges us to move beyond our everyday ease, the niceness of which Joan spoke. The Spirit is the force-field for good, the compassionate activism, the urge for justice, the righting of wrongs.

Just as the prophets of the Old Testament warned their people when they went astray, we need to heed the voices of those who speak urgently to us today. And in the dailiness of our own lives when we act for others in compassion and generosity, we can act with prophetic impulse for the common good of all.

Perhaps we really need to ask ourselves who we are listening to and if that listening is converting into justice for others in our human family.

Thanks Ann for the opportunity to revisit Joan's presentation.