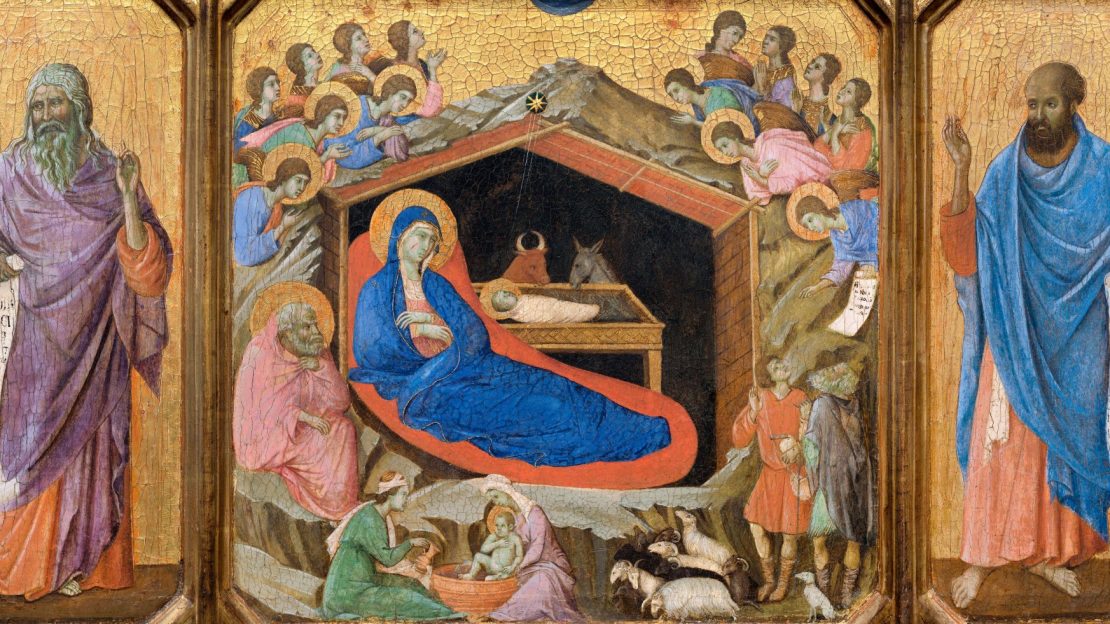 Figures of Advent and Christmas

There are four figures who are particularly significant during Advent and Christmas.  They sum up the season in different ways.  These figures are Isaiah the prophet, John the Baptist, Joseph of Nazareth and Mary, the mother of Jesus.

Isaiah is the prophet who appears most frequently in the Advent and Christmas liturgies.  The book of Isaiah in the old testament spans a considerable length of time.  In its later chapters it is particularly insistent on looking to the future.  It is dealing with that hard time in the history of Israel during which they were taken into captivity in Babylon.  The prophet urges them to look to the future and to have trust in the constant fidelity of God.  He reminds them that he is still the God who liberated them from Egypt and so they needed to be alert for his new liberating activity.  This looking to the future lays down a principle which is true for the People of God of the new testament as well as the People of Israel.  Whatever our circumstances we should look to the future and have trust in the fidelity of God whose ways are different to ours.  And to be ready for them we have to be on the alert.  This is quite important for us today.

John the Baptist appears so frequently in the Advent and Christmas liturgy that there is a danger that we could tire of him!  John is the last of the prophets.  He is drawing to a conclusion all the activity of the prophets whose purpose was to arouse people’s attention to the ways of God.  John does this very concretely by pointing specifically to Jesus.  And even though he does this, he, along with the people of his time and all of us, has to discover who Jesus is and what he is like.  While he is in prison, John sends his followers to Jesus to ask him if he is indeed the one who is to come or should they look for someone else.

Then there is Joseph of Nazareth about whom we know so little.  If we look at the account of Jesus’ birth in the Gospel of St Matthew (chapters 1 and 2), we will find that Joseph is the central character rather than Mary.  It is Joseph ‘s genealogy which is given and Mary is just described as his wife; it is Joseph who receives dreams from God about what he is to do; it is Joseph who leads the flight into Egypt and who brings Mary and Jesus back to their land and settles them in Nazareth.  Matthew’s whole story centres on Joseph.  This fits in with the culture of the time which was of course quite patriarchal.  It is interesting to read Matthew’s account if for no other reason because Luke’s account is the one that stays in our minds and which we – more or less – portray in our cribs.

Then we have Mary the mother of Jesus.  In Luke’s Gospel, Mary is very much the centre of attention: we have the scene of the Annunciation, the Visitation, the Birth of Jesus, the Presentation in the Temple and the Finding of Jesus among the teachers in the Temple.  Mary takes the lead in all these instances.  Joseph is there but is quite secondary to Mary.  Luke’s account is very beautiful and theologically very significant; these scenes have been a source of inspiration for artists throughout the centuries.  Mary is presented to us as the mother of Jesus of course but also as the first great believer.  As St Augustine said, she conceived Jesus in her heart before she conceived him in her womb.  If one reads the account of the Annunciation, we can get a glimpse of Mary’s journey of faith: she does not just say let it be done unto me according to your word, but she has her questions and her wonderings about how what is being told to her could possibly come about.  Mary is our sister in faith before she is our mother.

Image: Duccio, The Nativity with the Prophets Isaiah and Ezekiel 1308-1311 Tempera on panel. National Gallery of Art, Washington, D.C.

Fascinating Fr Frank to have this all explained so well. I’m especially excited about the coming year ahead being decided to St Joseph by our Holy Father Pope Francis.
And as for the Glorious Mother Mary - well I never thought of her as my sister in faith- how beautiful to think of her that way! It’s filled my heart with an extra joy to have this new understanding of Blessed Mary.