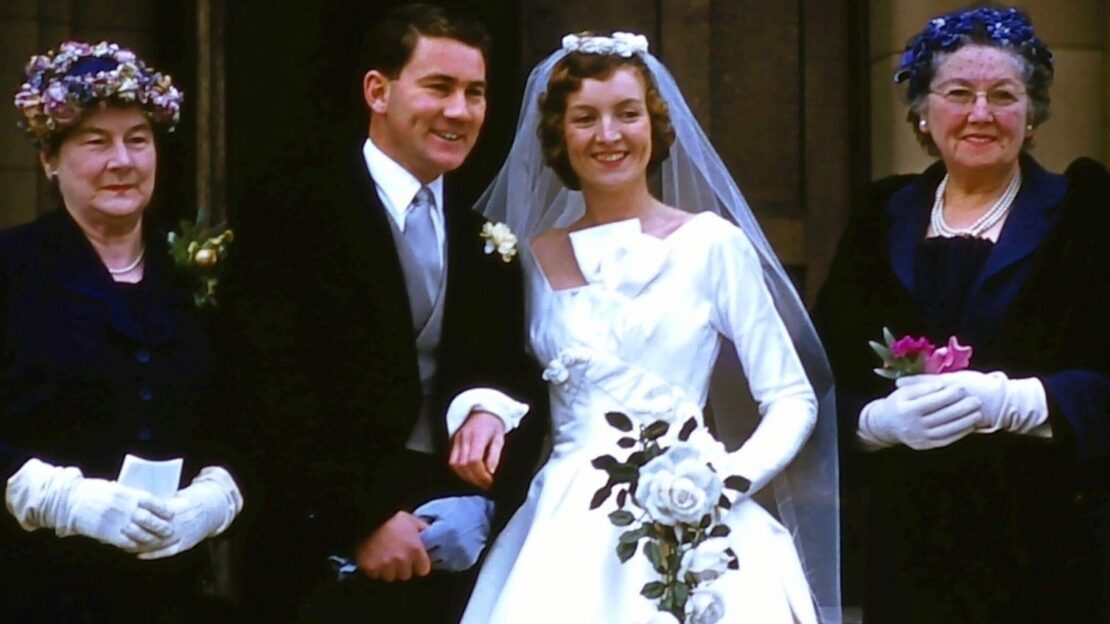 Two Sisters Presents:  When We Were Younger

Our Lady of Victories was the scene for a wedding on 4 July 1959 between Margaret Heath (nee Moloney) and Leon Heath.

Some 60 years later, Margaret suffered from dementia and as often happens the memories of youth and young adulthood are retained longer than recent memories.  As a way of her two granddaughters coping with her declining health they decided to set a short film in the 1950’s when their grandmother and aunt – Anne, who was Margaret’s only sibling – would have been the same age as they are now.

With the aid of their support workers they set out to explore links between themselves and their relatives – part of this project is to help build their capacity and skills to possibly assist in gaining employment.

Sadly, shortly after the compilation of a simple script their grandmother Margaret passed away and a couple of months later so did their aunt Anne.

The film has now taken on greater importance in that it has become a tribute to these two very significant women in their lives.

Throughout the short film, locations have been sought out that hold personal resonance for both Margaret and Anne.  As Margaret and Leon were married at Our Lady of Victories, a short piece will be filmed in the church and extras are required.

Please note that this is a not for profit community film.  If you would like more information or would like to be involved, please contact Anna on 0450 887 366.  Filming will take place on Monday, 11 April from 11.30 am at Our Lady of Victories Basilica, 548 Burke Road, Camberwell and extras are asked to dress in 1950’s attire.  All those in attendance must show proof of vaccination.