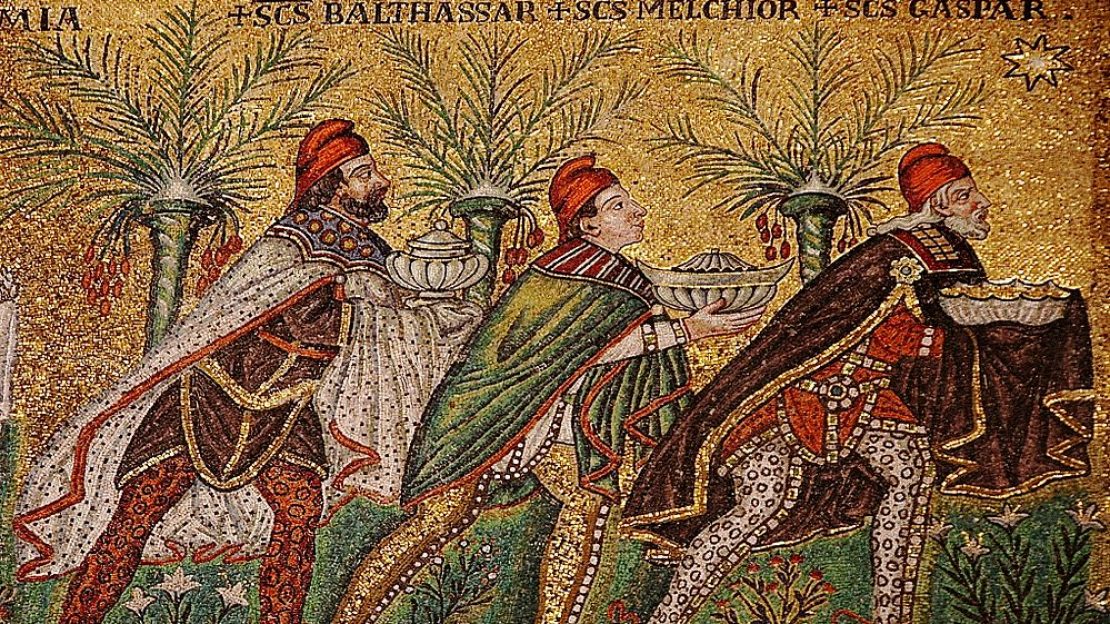 Homily for the Feast of the Epiphany

Interest in Jesus?  Today’s feast makes me stop and think.  It is the feat of the Epiphany – the feast which marks the coming of the Magi to Bethlehem to pay homage to the new born King.  It is the feast that marks the universal dimension and significance of Jesus Christ.  Matthew wants to tell us that Jesus has significance not only for the Jewish community into which he was born but for all people.  The God he reveals is interested in all of humanity.  So come the wise men from the four corners of the earth.  And in many ways Christianity has been on an expansion mission ever since.  Gradually during those first few hundred years Christianity made its impact on the surrounding culture until after Constantine it became the official religion of the Roman Empire.  Following this we know it spread across the western world, dominating the cultural landscape of what we now know (or did know) as western Christendom.

In the western world that hold of Christianity on the culture has loosened.  No longer can western culture be identified as uniquely or predominantly Christian.  The feast of the Epiphany today is not simply a celebration of a factual reality – that Jesus Christ is the universal saviour of all.  There are many people who do not hold that or who have never been in contact with Christianity or identify it with a former world that has faded away.

The feast of the Epiphany is an opportunity for us to ask anew – who is this Jesus?  What is the meaning of his life for me? for our community?  Does his life have anything to say to our world?  What can I say to people who have not heard of him or do not know or believe in him?  Does my belief in him have an impact on the way I live?  Was he part of a once powerful story that no longer holds relevance?  After all aren’t there many pathways to God and surely we can’t still hold only to this one?  These are contemporary questions.  They are challenges to us and to the way in which we proclaim Christ and the meaning of Christ today.

In some ways all we are left with is the text, the stories and the tradition that has been handed on.  Perhaps what we need to do is look more closely at what we have.  We are given the story of the Magi from Matthew.  It is in no other Gospel.  Mark, the earliest Gospels, is completely silent on the birth and infancy of Jesus.  So too is John, the latest of the Gospels.  John tells us about the pre-existence of the Word made flesh but nothing of the birth or infancy.  Luke gives us the story of the birth of Christ.  Only Mathew produces the story of the magi.  Matthew’s community were those who did believe that in a particular and distinctive way that the person of Jesus was the key to understanding the Scriptures and the meaning of Torah – the meaning of the law and the prophets.

We only get to read one episode in a series of 4 that make up Chapter 2 of Mathew’s gospel.

1) Visit of the Magi

3) Killing of the children around Bethlehem by Herod

4) The Return to Nazareth after the death Herod

Matthew is not thinking of the Christmas feast at all.  That would not have been in Matthew’s mind nor in the ritual life of the early Christians of the first century.  The whole of Chapter 2 goes like this – The Magi come seeking the new King of the Jews (the story we hear today) the following text warns them not to go back to Herod.  Herod is furious and orders all children under two years old to be killed.  In the meantime Jesus has fled to Egypt with Joseph and Mary.  Only after the death of Herod do they return to Nazareth still living under fear of discovery.

The whole chapter (peppered as it is with references to the Old Testament) is reminiscent of an early life and leader of Israel.  Matthew is thinking all the time of Moses who was born in Egypt, escaped death as an infant by being plucked from the river by Pharaoh’s daughter, (put there after instruction that all male Hebrew children be killed), fled from Egypt as a youth for fear of the King and returned later when the Pharoah had died, and then went on to became leader and liberator of his people.  Matthew’s readers who were steeped in Jewish life and law could not help but hear this story and think of Jesus as a type of Moses.  Matthew wants Jesus to be identified with the tradition of Moses.

But there is a difference – in Jesus God’s plan for liberation is a plan for all not just for the chosen people of Israel.  Yes – it is for them but beyond them as well and hence the representation of the Magi who come to do him homage.

What does that mean for us?  We are called to know our story, know our Scripture, and know our tradition.  In our day even more, as it is not known.   We are offered the gift of liberation and seek liberation for all.  The threat of persecution surrounds Jesus, the cross will await him as he works for liberation and yet the cross will not hold him.  We should not fear the cross, which cannot hold us either.

God has visited his people in a new and definitive way in Jesus – this is what Matthew’s infancy narrative is about.  Like Moses, Jesus will lead his people to freedom.  As this New Year begins we might ask what holds us, what binds us; from what do we need liberation.  And what is it that holds, binds and burdens our world and how can we work as a Christian community to break those bonds of oppression.  In Jesus that liberation is real – that is what Matthew’s gospel is about. That could be our Epiphany