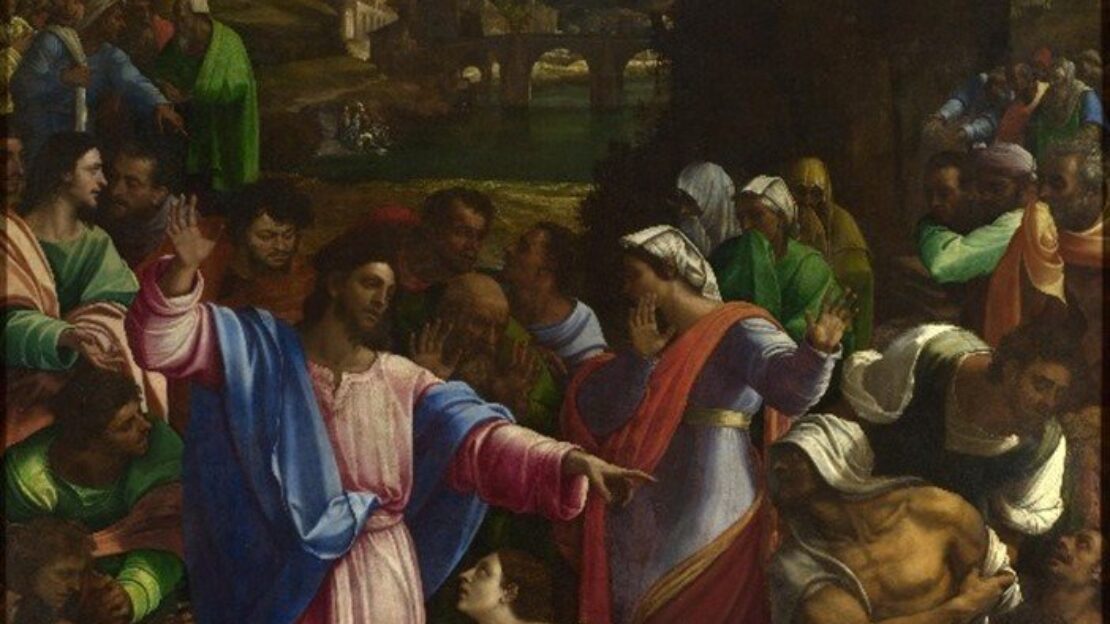 Homily from Archbishop Peter A Comensoli

Fifth Sunday in Lent: A moment of God’s glory

A friend of mine reminded me during the week of a passage from JRR Tolkien’s ‘Lord of the Rings’, in which Frodo speaks with Gandalf about the perilous and seemingly hopeless journey they were undertaking. Faced with insurmountable problems and great danger, Frodo was losing heart at the possibility of completing his task, and his heart had turned to wishing for different, happier times. In a quiet conversation, he says to Gandalf: “I wish it need not have happened in my time.” Gandalf’s wise reply to his despondent friend is telling: “So do I, and so do all who live to see such times. But that is not for them to decide. All we have to decide is what to do with the time given to us.”

I wonder how many of us might very well feel like Frodo in this time of COVID-19, as we journey through our own perilous time? How many of us are afraid or anxious? How many are overwhelmed by this sudden and deteriorating storm that has engulfed us? The debilitating power of being swamped by what is happening is something we all might be experiencing in some form or another. And we wonder what prospect of hope is there when death among our family and neighbours, and destruction of livelihoods in our families, seem the only outcomes being visited upon us by this invisible foe?

The friends of Jesus, Martha and Mary, shared something of this sense of being overwhelmed, as they watched their brother die, while Jesus remained elsewhere. When he eventually arrives, Martha goes out to him with words reminiscent of Frodo’s, at least in feeling: “If you had been here, my brother would not have died…” While Mary, grief-stricken, couldn’t even bring herself to rise from her chair. Jesus himself, we are told, was overcome with grief.

Jesus is not a magician, who makes something appear that is not the case. He does not seek to solve all the bad stuff of our lives like a Marvel comics superhero. Rather, he lived his life for the sake of our lives and embraced his own death so that we might live beyond our deaths. Jesus was given his time among us so that we would have the time to decide to live. He did not promise that we would be spared suffering, or that we would avoid death. Instead, he transfigured death.

By the time we come through this crisis, some among our family and friends will have died, many of our neighbours will have lost their livelihoods, and none of us – none of us – will have been spared. But we are all charged with the task of living through this time. We cannot avoid what is happening, nor avoid its effects, but as Gandalf would put it, we can decide what we each do with this time we have been given; and as Jesus showed, make of it a moment of God’s glory.

Pope Francis said something like this on Friday night, as he prayed for the world. He said: “Now is not the time of God’s judgement, but of our judgement: a time to choose what matters and what passes away, a time to separate what is necessary from what is not.” So, may we at this time shine a light of hope and love in the midst of this darkening storm; may we act responsibly towards our family and among our neighbours; may our prayers and service be directed to those who are struggling to live; may we be witnesses of the resurrection where death seeks to overwhelm. May we believe that there is life to be found at this moment, in the life of Jesus who walks by our side.

I invite you to make your own the prayer that Pope Francis offered at the end of his meditation on Friday: “Dear brothers and sisters, I would like this evening to entrust all of you to the Lord, through the intercession of Mary, Health of the People and Star of the stormy sea. You ask us not to be afraid. Yet our faith is weak and we are fearful. But you, Lord, will not leave us to the mercy of this storm.”