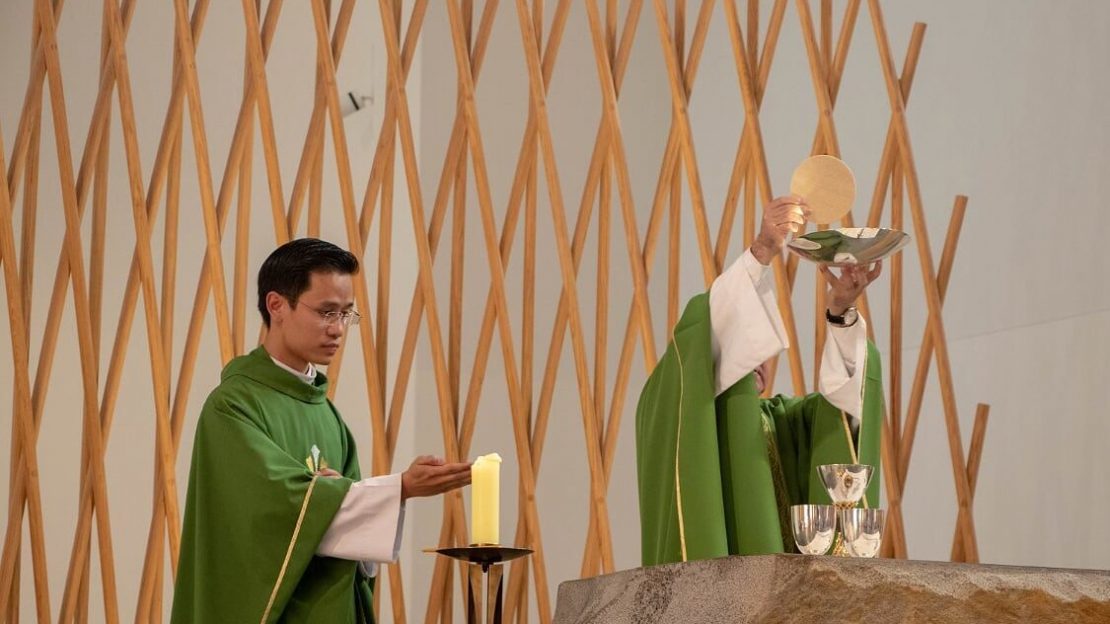 In Memory of his Death and Resurrection

And of course we have the words “Do this in memory of me” following the account of what the Lord did and said at the Last Supper. There is a strong and significant background to the word and reality of memory and memorial in the Scriptures.

Memory in the Scriptures was not just a mental reminiscence, it was about something in the past which continues in the present. It is like what happens when we celebrate birthdays and anniversaries as times which began something which continues. We are celebrating the living person whose birthday it is or the anniversary of a couple whose marriage is continuing in the present. The Scriptures celebrate the memorial of things which began in the past but which continue in the present. So Israel celebrated the Exodus from Egypt using food which had been grown in the land which they had only because God had led them into that promised land out of their slavery in Egypt. That the bread came from that land was important because it was the fruit of the Exodus in the sense that they had it only because God had brought them into this fruitful land.

So Christians celebrate the Lord’s Supper because it was at that Supper that he gave himself over to his death. And that death proved not to be what they thought death was but rather his way into life, the life of the resurrection. So this bread they receive as they celebrate the Lord’s Supper is the bread of everlasting life for them, the bread which comes from the living Christ. It is the bread by which we are nourished with life-conquering death, the bread which feeds into us a life which passes through death into life as God gives it in Christ. It was the bread of the new Exodus or the new Passover from subjection to death to the gift of resurrected life.