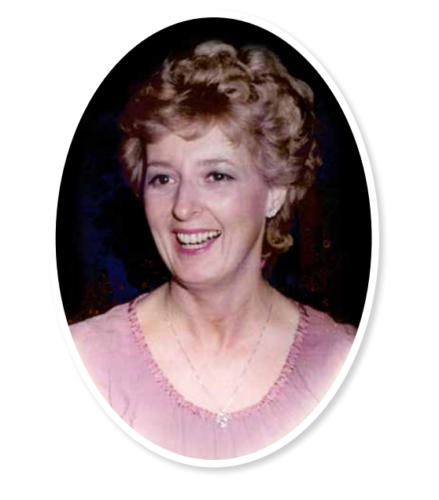 Jan was a World War II baby, born in April 1941 to Nelleen and Clifford Jackson at Hastings, Victoria. Her early childhood was spent at Flinders Naval Base (now known as HMAS Cerberus) as her father was an Officer in the Royal Australian Navy.

Her early and primary schooling life was near Hastings in a two-room country school run by two Sisters of St Joseph consisting of a total of 28 children.

Jan moved to Melbourne when she was about 11 years old with her parents, older sister Margaret and younger brother Gavan, as her father was superannuated out of the Navy due to ill health. She continued her primary school education in Melbourne in a school with about 600 pupils. Can you imagine how overwhelming it must have been for her and her siblings? Country kid meets bright lights of the city.

Not long after she started, everyone in her class had to sit for a scholarship. I must preface this by saying there was no such thing as ‘Political Correctness’ in the early 1950’s (no television, no talkback radio, no instagram, no facebook) and the very first question on her exam paper was: ‘Are you of Aboriginal or Torres Strait Islander descent?’

After a few minutes staring at this question, this little country girl reckoned she wasn’t Aboriginal, so she must have been a Torres Strait Islander, so she ticked that box! Needless to say, that scholarship passed her by!

Jan was pretty smart – her secondary education was at Santa Maria College and tertiary education at Mercy Teachers’ College.

Jan followed her mother and sister Margaret into Catholic Primary School teaching, where she taught for some 40 plus years and enjoyed every day of it. It might have been the entree for myself to work as a secondary school teacher many years ago.

Over the years there were many instances when parents asked the Principal: ‘if their child could be in Mrs Dalton’s class next year’

There are many students (now adults) who barrack for Collingwood as a result of her influence, as the class would be encouraged / forced / threatened to sing ‘Good Old Collingwood Forever’ every Monday morning – win, lose or draw!!

In mid early 60’s after Denis Dalton played and lost the 1964 VFL Grand Final for Collingwood (by 4 points), Jan married the ‘love of her life’.

Jan always said she had ‘heaps’ of boyfriends but somehow I doubt it, Denis was the first and only boyfriend she had. After another 18 months, the second ‘love of her life’ appeared – and they called him Matthew!

Jan returned to full-time teaching in 1971 when I started school and she continued for the ensuing 25+ years at 6 different Catholic schools in Melbourne, they were:

Believe it or not, she even taught me in Grade 1….needless to say I excelled in my homework and would have made for very interesting Parent Teacher interviews.

Throughout her long teaching career, Jan was always acknowledged by her peers (and particularly by her Principals) as an extremely gifted teacher, encouraging her pupils to always try their best.

Jan was a ‘perfectionist’ in every sense of the word. Nothing was too much trouble. She would search backwards and forwards across 3 or 4 different shops to find the perfect ‘greeting card’ or gift for the occasion. She still did that until recently.

Being very proud she always presented herself perfectly and not a strand of that 1970’s, 80’s and eventually 90’s bird nest hairstyle was out of place!

She was very popular and had many friends. They would often call on her when they were feeling ‘down’ or ‘low’, as she always managed to make them laugh with her tall tales and jokes, many of which were at her own expense (or probably at my expense).

Her granddaughters (Millie & Holly) adored and loved her, particularly when they were little, as she was a great storyteller. She was very good at entertaining them with her embellished stories of past students who were naughty to prove her point that ‘good wins over evil’ every time. I call them “porky’s” but Mum referred to them as “stories with some extended truths”!

I must admit that I carried on the same edict with my kids as well.

In 1990, Jan returned to full time study at Latrobe University including, Criminal Law, which involved visiting and observing Rape Crisis Centres – a far cry from the sheltered environment of a Catholic Primary School teacher. She then completed a Graduate Diploma in Multicultural Studies and spent the next seven years teaching English as a Second Language to adults at Australian Catholic University and RMIT Language Centres.

Jan loved the gardens both she and Denis created in their 3 houses at Templestowe, Flinders and Balwyn.

Mum was skilled at growing hydrangeas from cuttings that produced the darkest blues and purples you could wish for. Her favorite color was indeed purple, and for some reason, it’s mine as well.

She was also skilled in her culinary pursuits and her pavlovas and ribbon sandwiches were widely acclaimed. She even won 1st prize at the Royal Melbourne Show when, aged 12, she entered her 6-egg sponge cake and she’s been living off that story ever since (I have asked her many times for photographic evidence and each time she avoided the question).

I am pretty sure Jan would want you to know that she wrote a daily diary every night for the last 48 years. She never missed.  Would have made for some very interesting reality TV I’m thinking, “Keeping Up with the Daltons” may not have been a ratings winner these days but might have been a blockbuster 25 years ago?

In April 2020, just when Covid arrived, Mum was diagnosed with Stage 4 lung cancer and given 12 months to live. This was an enormous shock to her as she had never smoked a cigarette in her life. She faced her lung and bone cancer battle with amazing acceptance and resilience and rarely complained, except when she lost her hair and fingernails. Overall, her main worry was that Denis wouldn’t be able to manage without her.

Mum had many illnesses over the years and endured 34 operations/procedures over her lifetime. Dad was with her the whole time and the most devoted husband/couple ever for over 57 years. Dad was always by her side and attended to every detail.

Her spirited sense of humor, her family (especially devoted Dad) and friends helped her cope. She enjoyed sending and receiving numerous jokes to friends on her iPad and said “they kept her going”. She was often referred to as the Queen of Spam.

Finally, a few words to describe her… stoic, witty, humorous, proud, smart, perfectionist, loyal and a Collingwood tragic. If you said anything derogatory about Eddie, Nathan, Daics or even Peter McKenna, then you’d see a side of her you’d never forget!

Well done Mum, she fought a great fight and I studied Latin for 5 years so I think I have the right to say, “Requiescat in Pace” – Rest In Peace.