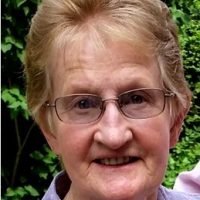 Maureen Ellen Martin was born on the 23rd of May 1940 at the Una Hospital in Shepparton. She was the fourth child born to Bill and Bonnie Martin with two older sisters Mary and Claire and older brother Adrian and Bernadette and two more brothers John and Kevin so she ended up being right in the middle of the seven children. She grew up on the family wheat and sheep farm “Glendaruel” at Tamleugh North. Maureen always felt fortunate to spend her childhood in the great open spaces and was grateful for growing up in such a happy family home. Her parents provided her with a loving, secure environment and passed on their deep faith, with the family rosary being recited every night after dinner. Like most of her siblings she had red hair. She was small in stature and was given the nickname “Mo” by her father after American tennis player Maureen Connolly, a famous five-foot-tall redhead, who the media dubbed “’lil Mo” – and the name stuck!

Maureen attended the Tamleugh North State School for her primary education and boarded at the Benalla Convent for her secondary education and she thoroughly enjoyed her time there. Along with the rest of the family, she was very musical and played four instruments. Many a “jam” session was held in the lounge room in the evenings and the weekends. She also loved singing and was a member of a number of choirs over the years. She was a keen sportswoman, playing basketball, tennis and rounders and every summer evening she would be on the tennis court at the family home. She loved all her family, scattered over five states and was always very interested in what everyone was doing. With over 120 nephews, nieces, great-nieces and nephews and even several great-great nieces and nephews, she made a point of being in touch with them all at least once a year and they were all in her prayers each day. Maureen had many friends spread across the entire globe.

Maureen entered the FCJ Order at Genazzano Convent on February 2, 1957, and her Novitiate began on September 9 that same year: she made her first vows in 1959 in the old Genazzano Chapel and in March 1960 set off for Stella Maris, Broadstairs, England for a six-month period to polish up her French before commencing studies in French at Fribourg University, Switzerland. Having successfully completed her degree in 1964 she returned to Stella Maris for her Tertianship — making her final vows on 25 July 1965.

Maureen then travelled to the United States to begin a two-year period of teaching in our FCJ schools in New England – at Providence Rhode Island and Fitchburg Massachusetts. These were very formative and exciting years for Maureen as the church and religious life opened up to the changes of the Second Vatican Council and our sisters in the United States and Canada were right in the thick of the changes. Returning to Australia in September 1967 she continued her teaching ministry –in Benalla and then at Genazzano, whilst being involved in both boarding schools.

Maureen herself said she had always wanted to be a nurse and, as many of the sisters had reached a time of life when they needed extra care, it was clear that FCJ nurses were also needed. In 1973 Maureen began her training at Mercy Hospital East Melbourne, and in 1976 she graduated as a state registered nurse and helped to set up St Raphael’s Home, at Genazzano. She became the first Director of Nursing and superior of the small group of FCJs at St Raphael’s. She was efficient, caring, conscientious and well-organised – fostering a warm, friendly atmosphere among staff with the needs of the residents at the heart of her ministry. Leaving St Raphael’s, she was to use her spiritual and pastoral gifts in various ways and places in hospitals and parish ministries. During this time, she undertook studies in Theology and taking various courses which could assist her in the ministry of vocation accompaniment and the formation of young FCJ sisters.

Then began nine years of service to other religious congregations in Victoria through her ministry as Executive Secretary of Catholic Religious Victoria. So many of those she worked with speak of her great faith, gentleness and the quiet, unassuming way she carried out her ministry. After nine years in this role, Maureen was appointed as Provincial Bursar for the FCJ Province of Asia-Australia and after another nine years, she joyfully accepted her new mission to go to Paris and become immersed in the French language and culture whilst working on the letters of the foundress of the FCJ Society, Marie Madeleine D’houet – work done with gentle, unassuming efficiency.

Maureen returned home to Australia at the beginning of 2019 and soon took up voluntary ministry in pastoral care at St Catherine’s Home in Balwyn. It was a particular joy to the FCJ sisters in care that she should be there with them. With all her experience she was a wonderful support to the chaplaincy and pastoral care teams. At this time, her own health deteriorated and the diagnosis of Motor Neuron Disease was made and the disease proceeded rapidly. Her FCJ community at Fairfield – supported by Vicki Serle, Margaret MacIsaac, the MND Outreach Team took wonderful care of her and this enabled her to stay at home right up until the end of April this year. Her courage was evident and her presence in the community was a precious gift to each one. When she knew that she needed more care than she was able to receive at home she moved to the Little Sisters of the Poor at Northcote where she received the beautiful and all-embracing care from Mother Shanti, Sr Winifred and the community of Sisters who surrounded her with love, care and prayer. On the Feast of the Transfiguration of Our Lord at 8.10 pm, Maureen died peacefully, quickly, and unexpectedly with those she loved near to her and accompanied by Fr Sims and the community of the Little Sisters of the Poor.

Maureen was a beautiful woman of God with a deep spirituality and an enormous love of life and of others. With fidelity and joy, she lived her call to be a faithful companion of Jesus, ready to stand at the foot of the cross with Mary and the other companions and to bring the good news of the resurrection of Jesus to others. 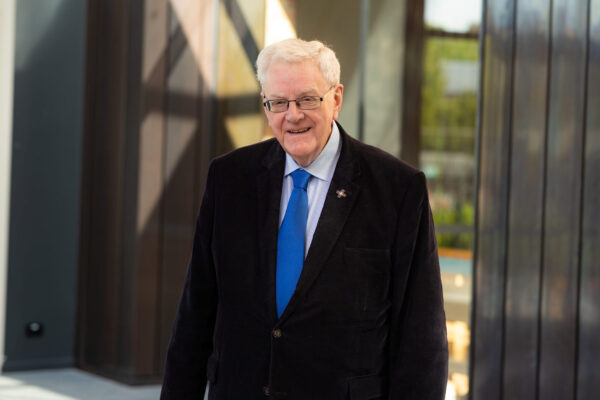