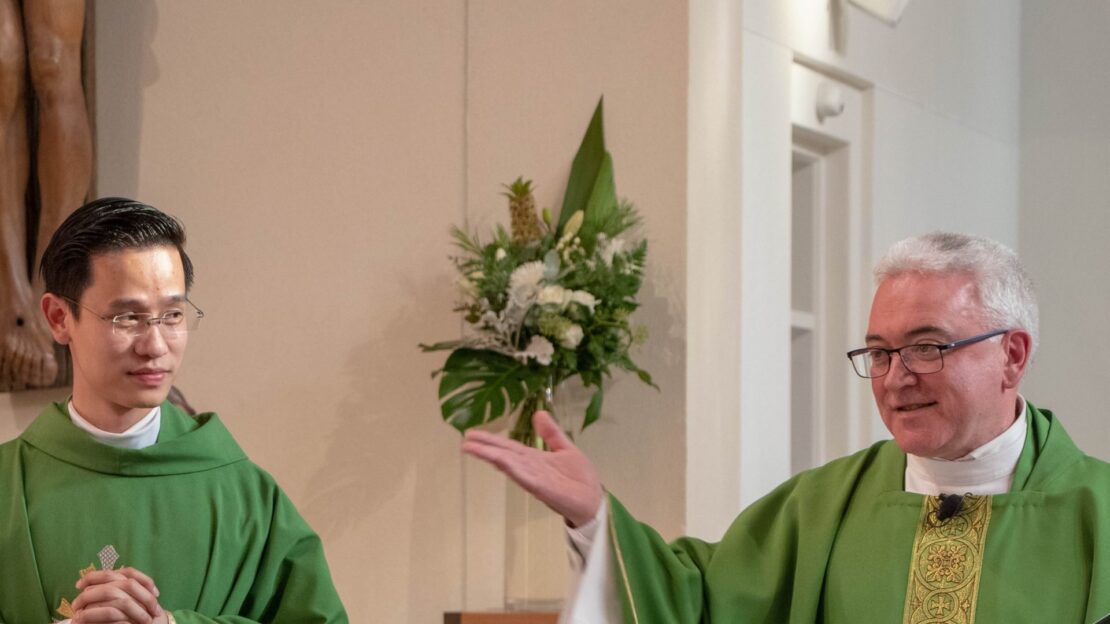 New Appointment for our Priests

For some time now the Catholic Church in Australia has been on a journey of change and growth.  Catholics now make up the single largest group of Christians in Australia.  There are over five million Catholics in Australia or 22.6 percent of the population.  This would be the envy of any AFL club, (Richmond has the highest membership at just over 100,000).  So, on the one hand, there have never been more Catholics in Australia than now!  On the other hand, the Catholic Church in Australia exists in the midst of a vastly diverse cultural and religious mix of people.  There was a great deal made of the 2016 census when the single largest group of respondents indicated ‘no religion’ on the census form.  That was interesting in itself in that the definition of ‘no religion’ was, ‘secular and other spiritual beliefs’.  No religion doesn’t simply correlate to atheism.  Many of those with no religion have a spiritual belief.  Hinduism, Sikhism, Islam and Buddhism all increased in number over the ten-year census period from 2006 to 2016.  So it would be fair to say that Australia is a country that has a plurality of religious and philosophical views through which people hold their lives together.  The young seem less inclined to identify with organised religion.  The Catholic practice of identifying as Catholic by regular Mass attendance is also on the wane.  Less than ten percent of those who identify as Catholics now regularly attend Church.  Fewer are choosing to have their marriage celebrated in a Church and there is a trend towards memorial services for loved ones rather than funeral Masses.

This changing face of the Church and culture has had an impact on the shape and mission of local Catholic parishes.  In the nineteen fifties and sixties we were creating new parishes with the building of each school, due to population growth and the opening up of government funding for Catholic education.  We are now in a situation where we have the greater number of our parishes within a 15 kilometre radius of the city with populations of two to three thousand and a practice rate of two to three hundred per week.  Our larger parishes are beyond the tram tracks and outside the 15 kilometre radius where parishes have populations of around 20,000 and a practicing rate of around 2,000 per week.  New arrivals to Australia have brought a great diversity to Catholicism in Australia and our newer and larger parishes are typically multicultural.  One of the results of all of this is that our resources are not aligned with need and mission.  What does this mean?  It means that in the inner 15 kilometres of the city we are going to see fewer priests (and viable parishes).  It also means that it is time – some would say beyond time – to diversify ministry and re-focus on mission.

For this reason I have agreed to accept the appointment by Archbishop Peter A. Comensoli, of Parish Priest at Surrey Hills Wattle Park in addition to the Parishes of Camberwell, Balwyn and Deepdene.  In doing this I want to assure parishioners of all three parishes that I am indeed Parish Priest for each one of you.  I want to assure you that the pastoral needs and services of our communities can and will be sustained.  It will be a priority to ensure that the spiritual needs of the sick and the elderly are met, that the recently bereaved are supported, that young families are able to have their children baptised, that Mass and the sacraments are provided for and that each community is encouraged to flourish with its own particular vitality and life.  Having said that, I am also excited about the opportunities for our communities to collaborate and share ministries, gifts and talents where we can and where it is mutually beneficial and enriching to do so.  These opportunities will develop over time.

Of course one person can’t do all these things.  I am pleased to announce that Fr Trac Nguyen has been appointed as Assistant Priest to the Parish of Surrey Hills Wattle Park in addition to Camberwell, Balwyn and Deepdene Parishes.  Our parishes are also supported by an extraordinarily talented pastoral and administrative staff.  The parish teams of our parishes have already met together and have begun thinking and planning about how we can collaborate together.  Father Cameron Forbes, Vice Rector of Corpus Christi College, Carlton, has also committed himself to be part of our weekend team and will continue to celebrate Mass with our communities.  In fact, we will have quite a team involved in the support of our parishes.  For the remainder of this year we also have Deacon Jude Johnson with us.  Jude has completed six years of training at Corpus Christi Seminary and is preparing for ordination to the priesthood later this year.

It is an unusual time for these changes to be taking place as we learn how to live with and emerge from COVID-19.  Obviously large gatherings of face to face meetings cannot take place just yet.  But we will gradually be able to open our churches and our parish activities.  We will be able to meet and greet each other again and sit at the familiar table of the Eucharist and share our hopes and dreams together.  In the meantime, let’s hold each other in prayer and pray that on this Pentecost Sunday the Spirit will descend upon us and rebirth the church again, and reinvigorate all of us for the mission, yet unknown, to which we have been jointly called.