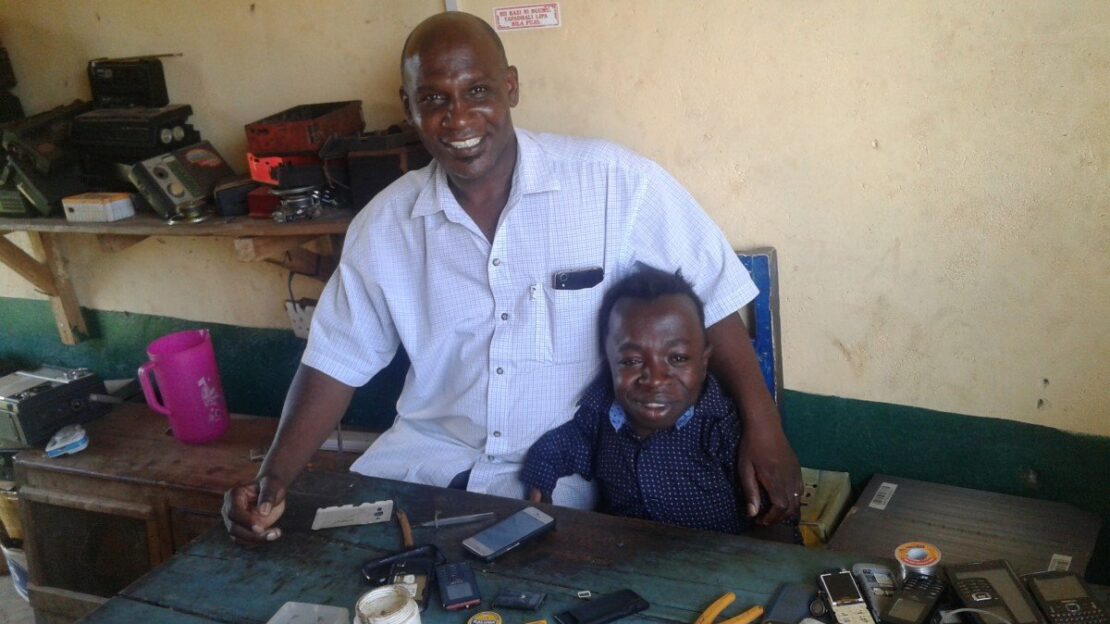 Mission Sunday each year is an invitation to reflect on our common baptismal call to be missionary continuing the mission of Christ in our world today.  Sr Mary McInerney, a Sister of Our Lady of the Missions (Religieuses De Notre Dame des Missions [RNDM]) originally from Oakleigh, returned to Australia in January after 35 years in Congregation Mission in Rome and Kenya. Now living in Surrey Hills Parish, Sr Mary reflects on Mission. 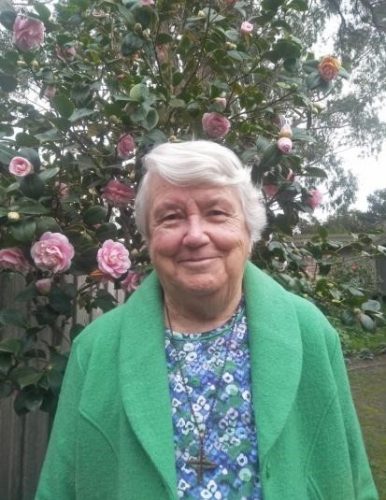 The Congregation of Sisters of Our Lady of the Missions was founded by Euphrasie Barbier in France in 1861 who understood all Mission as having its source in the Trinity, continuing the mission of Jesus in the world.

Today the Sisters continue Mission in 22 countries with the majority of sisters being in Asia.  Through various forms of education and social ministry we respond to the needs of people especially marginalized women and children and those who are poor and oppressed.  We enable them to live with dignity and respect and to take their rightful place in society.

As a Congregation we have a global vision of being One Earth Community – sharing a common mission to care for the earth and all its peoples.  In Australia we make a contribution to the ongoing formation of our younger sisters through offering opportunities for younger Asian sisters to learn English and have experiences of Leadership Internships in our former schools. We invite others to join us in partnership to support the missionary outreach of our sisters particularly through Charism Programmes in our secondary schools.

My first visits to Kenya were as a member of the Congregation Leadership Team.  I had the chance to join in the celebration of the Silver Jubilee of RNDM presence in Kenya 1992, the sisters having gone to Kenya in 1967 soon after Independence. Their first mission, as part of a scheme between British Government and the new Kenyan Government, was as teachers in a Secondary School for Girls. They were told ‘You are not going to build your own kingdom but to help build a nation’.  In the  25 years the sisters had been involved in education, health ministry and pastoral care responding to emerging needs.  In 1985 the Congregation opened a Novitiate in Kenya so I met a number of young women aspiring to religious life.

During my time in Rome I had followed with interest the Synod for Africa and been part of a Team organizing a Mission Studies Programme for the Congregation which was held in Nairobi 1993.  It was a time in which the Congregation was being called to understand the relationship of Culture and Mission – to find new ways of being missionary in a world impacted by multiculturalism.  My choice to go to Kenya was one in which I saw I had much to give in passing knowledge of the charism to the young Kenyan women and discovering with them new ways of being missionary in that land.  Soon after I arrived in Kenya I was asked to be the Province Leader.  I saw my role like that of the midwife, who was called to accompany our young Kenyans and Asian Sisters who would bring new life to birth.

It was exciting to be part of the Formation Story in Kenya and part of the ongoing journey of Congregation planting the seed in Kenyan soil. There were also the practical steps of being involved in making firm our foundation in Kenya with the building of our Provincial House in Nairobi.  Our initial aim was to give each Kenyan Sister the opportunity for professional training for Ministry. In Kenya there were many opportunities available.

We experienced that there was a gap between the Ministry the ex-patriot Sisters were involved in and possibilities for our younger women.  God opened other doors for us in Tunza Dada, a refuge centre for young girls, and Treeside, a school for children with special needs in Ruaraka and Living Water (Training Centre for Young Girls) and Baraka Za Ibrahim (a school for the poor in Kibera slums).

There were many special experiences of joy and celebration especially the Profession Ceremonies for the Kenyan sisters, celebrations of Jubilees for older Sisters – moments in which we celebrated God’s fidelity in the life of each one. The Kenyan Church has been sometimes named the Dancing Church and certainly there was the feeling of heartfelt joy in these celebrations.

As a Province we met together to listen to voices inviting us to find new ways of being missionary in response to emerging needs in Kenya and to celebrate the Millennium.  It seemed we were all hearing the same call Euphrasie had heard to reach out to women. One of the young Kenyan Sisters began doing research visiting homes and listening to the desire of the women who were all living in poverty in the area of Kenya Israel.  The first steps were tentative but after listening to the women it was decided to begin sewing classes. T his lead to the development of Muuo (Peace) Women Development Programme which enables women to become aware of their human rights, appreciate their dignity as women while developing leadership skills especially related to peace making.  It was a great joy to see the change this project made in the lives of the women and their families.

A special experience for me was the involvement in the Tei Wa Ngai (Mercy of God) Project for children with special needs.  The initial experience was the meeting with a special lay woman from the Netherlands, Marjan Bootsma.  She came to Kenya with her husband, Hans, who was a water engineer working for Machakos Diocese.  Marjan’s heart was touched by the sight of many with disabilities who were in the society around Matuu.  There were no possibilities of access to health care and education.  She responded by co-opting the services of 12 women who had been trained as Community Health Workers.  Many of the children with disabilities were hidden in their homes.  There was a predominant belief that disability was a curse or punishment.  In 2001 Marjan, who had left Kenya, invited the Congregation to accept responsibility for this programme . Marjan and Hans came with their children for a simple handing over celebration.  My heart was full of joy as she handed over the programme having obtained financial assistance for us to continue her work.  Over the subsequent years there are many individual stories of those who have benefited through education, medical services and vocation training.

One of these stories is that of John, a young man with brittle bones.  Thanks to the support of Mr. Philip N, he was enrolled to do vocational training at Matuu Polytechnic College. On completion he set up his business for mending cell phones in his home village. 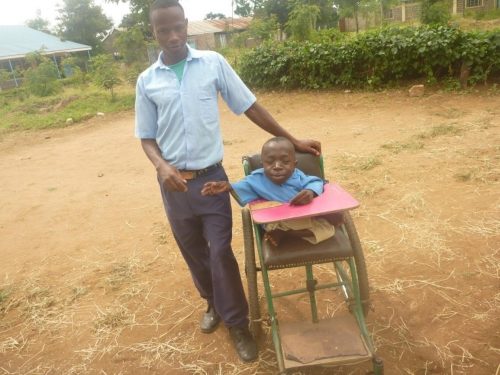 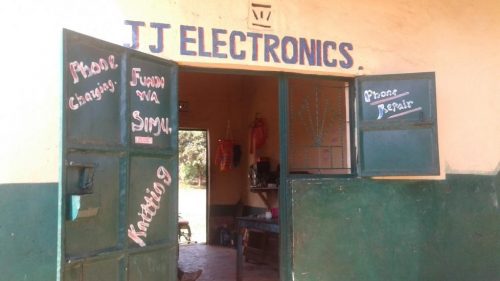 As Province Leader I was very closely connected to the AOSK- the Conference of Superiors of Women Religious especially through their Justice and Peace Office.  One of our New Zealand sisters was a member of the team. Significant events each year related to international days for women, the environment and peace.  I then had the privilege of working as Executive Secretary.  This close working with the leaders of the more than a hundred religious congregations of women was a wonderful experience of mission outreach in Kenya and in fact in Africa as its graced experiences included all Africa meetings in Malawi and Zambia.

During the years I was in Kenya there were many significant events politically with a series of multi party elections.  Each election has its own story including the horror of post–election violence at the beginning of 2008.  It was a time to hear the pain of the country and be aware of deep divisions which also impacted Church and religious congregations.  During this time I felt that our living in international, intercultural community witnessed to the call to find community at the heart of the Trinity and show inclusive love to all.

The latter years of my mission in Kenya I spent in Matuu where I was more directly involved in the Tei Wa Ngai Programme in the ongoing formation of the health workers and also in partnership with donors through preparing applications and writing reports.  So many people throughout the world were touched by the plight of our clients and wanted to make a difference.  My heart was filled with gratitude especially when a group of businessmen and women agreed to become Friends of Tei Wa Ngai and support us in our dream to have a rehabilitation centre.  My hope for the future was expressed in the planting of a tree on our land where the rehabilitation centre will be built.

Matuu is also the place of our very active Dispensary/ Maternity Centre.  While it responds to all health needs there is emphasis on the care of mothers and children, a constant reminder of the joy of giving birth. We were enabled also to reach out to the many who were suffering from HIV-AIDS and set up Euphrasie Care Centre with special programmes for support.

As a missionary in Kenya I experienced the welcome of the people of Kenya especially the Christians in Matuu with whom I was able to share my faith story through participating in liturgy and experiences of faith sharing.

It was with a great sense of gratitude that I farewelled Kenya knowing that the Kenyan Sisters were able to continue to nurture the seeds that had been planted.  In the final months in Kenya I participated in the Province Chapter which symbolically accepted the challenge to move the RNDM Mission to greater heights. 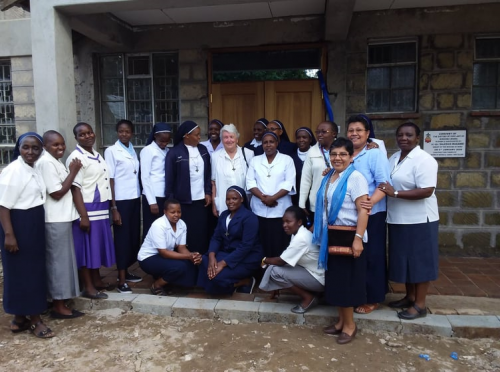 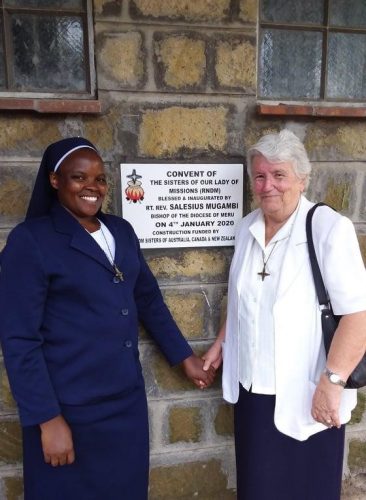 What a wonderful story, so enjoyed reading of Sister Mary's missionary life in Kenya. Would dearly love to meet her now she is living in the Surrey Hills parish, maybe she could give a talk and show some photos of the great work she accomplished during her 30yrs as a missionary in Kenya. We could then send a donation to the mission, to help future works.