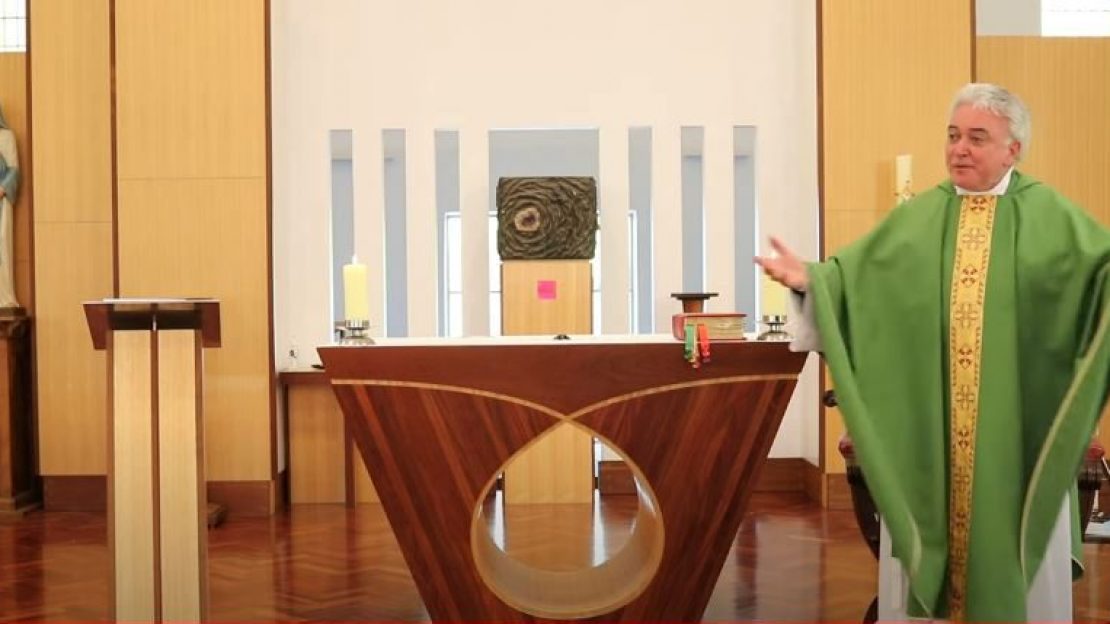 The Concluding Rite has the following elements to it: The Greeting – “The Lord be with you”, the Blessing and then the Formula of Dismissal and the final hymn or recessional.

The People of God have gathered together to hear the Word and to celebrate the Eucharist.  They are now sent forth from the Mass to be the priestly, prophetic and servant People of God in their neighbourhoods, their workplaces, among their friends and families and in the society in which they live out their lives.  The Word and the Eucharist are there to nourish them and to enable them to be the People of God in the midst of all human beings whose humanity they fully share.  They are not sent forth to be better than anyone else: they are not saying: “Look at me”, but “Look to Christ”.  They are the priestly people, called to a means by which Christ might embody himself in the world.  They are a prophetic people in whom the words of Christ might find an echo – and this especially in their actions.  They are a servant people called to extend Christ’s service to contemporary human beings.

And so the whole Concluding Rite begins with the words “The Lord be with you”.  To be the People of God, the Lord has to be with them.  They are sent forth in the company of the Lord.

Then comes the blessing in which God: Father, Son and Holy Spirit is invoked upon them as they go forth.  And then comes one of the formulae of Dismissal to which the people respond “Thanks be to God”.

Then there may follow the final hymn which joins the community together in song as they prepare to return to their lives and be therein ‘a living sacrifice of praise’.

Another very helpful explanation of part of the Mass