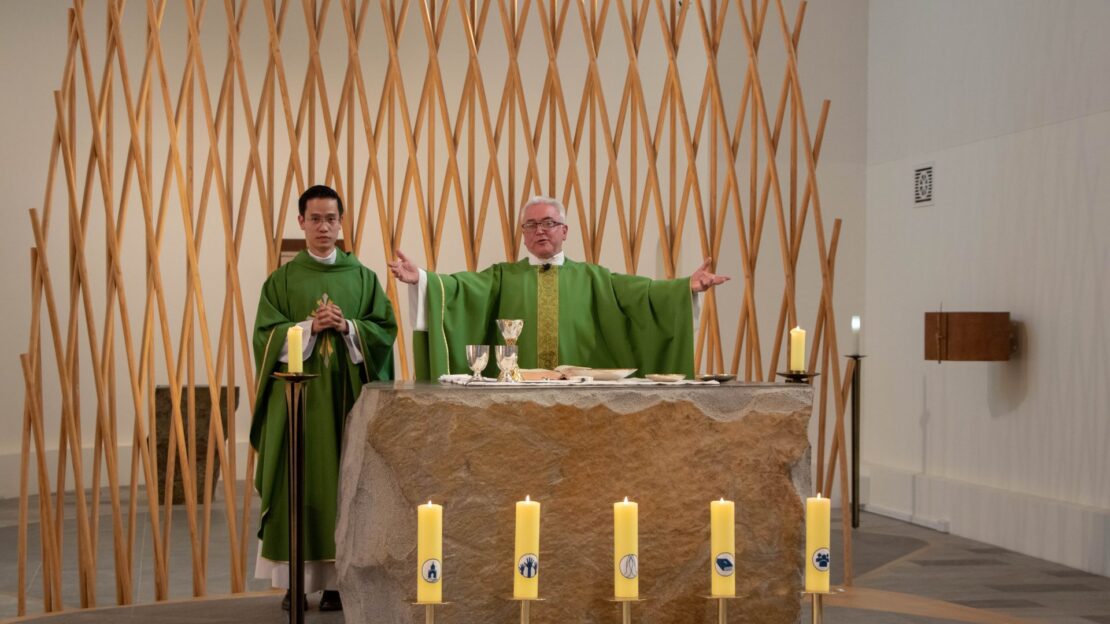 The Sign of Peace was originally placed after the Prayer of the Faithful and before the Preparation of the Gifts.  This is still the case in liturgical traditions other than the Roman.  In the Roman Rite, it is now placed after the Lord’s Prayer and preceding Holy Communion.

This position also has ancient roots.  St Augustine testifies to it back in the fourth century and Pope Innocent I (401-417) brought it into this new position for the Mass in Rome.

When the regular reception of communion became rare for the people, the Sign of Peace was at times used as a substitute for communion.  Gradually its use among the people died out and it was limited to the clergy.  Vatican II as we know reintroduced the sign of peace for the whole congregation.

The Sign of Peace in its position before Communion is itself a sign of communion, a sign of the unity of the People of God which is established in receiving Holy Communion.  It is a sign of unity which is already a characteristic of the community of the Church and a sign of that unity being reinforced in the communal receiving of Christ in the Eucharist.

The Sign of Peace is not a sign of friendship but a sign of the union which Christ seeks to bring about among us.  Friendship has an innate divisiveness to it – our friendships are determined by our liking some people more than others.  The sign of peace is about that peace and harmony which the Lord seeks to bring about among us which is not determined by our human likes and dislikes.  It is a sign of the peace and harmony of his coming Kingdom.