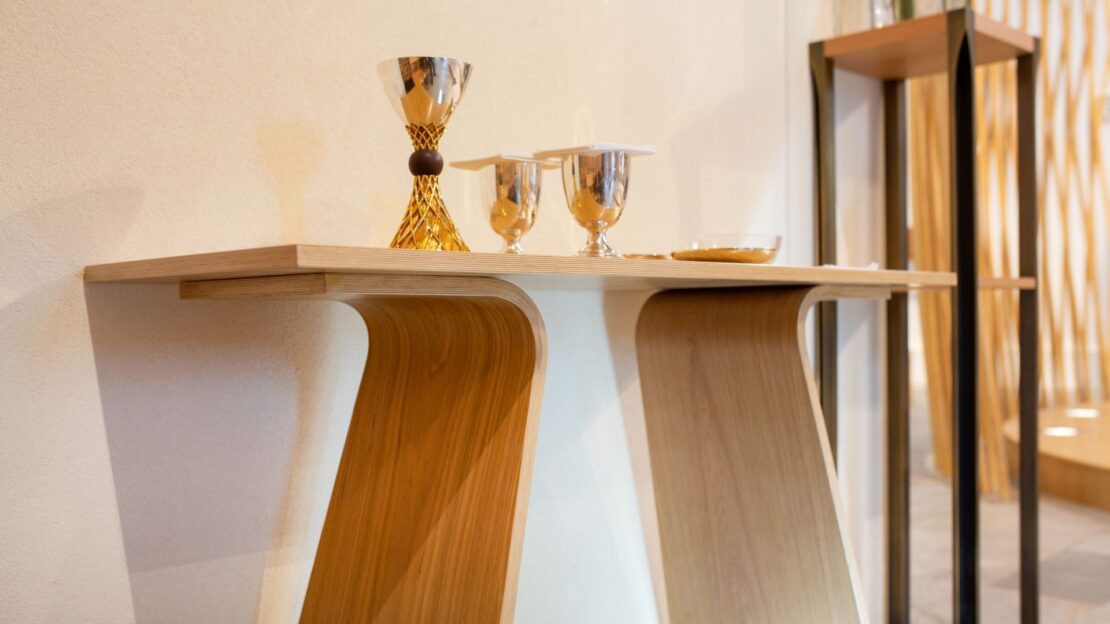 The Structure of the Eucharist

At the centre of each Eucharistic Prayer, we have the account of Jesus’ words and actions at the Last Supper. This is a solemn part of the Mass which embodies the whole Liturgy of the Eucharist.

What we often do not realise is that the actions of Jesus recounted there shape the whole of the Liturgy of the Eucharist from the Procession with the Gifts through to Holy Communion.

So there are four basic actions which Jesus does: he takes bread and wine, he gives thanks over them, he breaks he bread and he gives the bread and then the wine to his disciples. So we have the actions described by the verbs: take, bless, break and give.

These actions of Jesus shape our liturgy still so that we do now, what he did then.

And in fact these four actions determine what is the core of the Liturgy of the Eucharist; other elements have been added over time the most important of which draw out the meaning of those central actions which we do in memory of the Lord.

Experiencing God the Father through Jesus’s broken body Today is the Third Sunday of Lent.  The Church invites us to continue our reflection…

At the heart of parish life is the Eucharist.  The parish is nothing if it is not a worshipping community, drawing its life and inspiration…