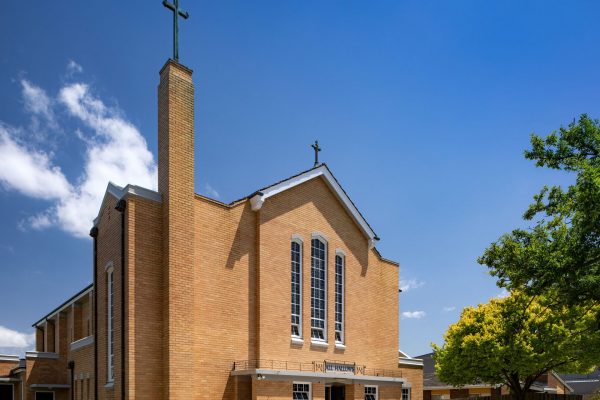 All Hallows, Balwyn and Our Lady of Good Counsel, Deepdene formerly partnered in June 2010 and in January 2013 became a single parish under the leadership of Parish Priest, Fr Brendan Reed.

Prior to this, All Hallows became a parish in its own right in January 1959, with the appointment of Fr Jim Shorten as the first Parish Priest.  Originally, All Hallows was part of Our Holy Redeemer Parish, Surrey Hills. To serve the needs of the Balwyn section of his parish, Fr David Gleeson, Parish Priest of Surrey Hills (1922–33), negotiated the purchase of land in Brenbeal Street and the construction of a church-school. Read more… 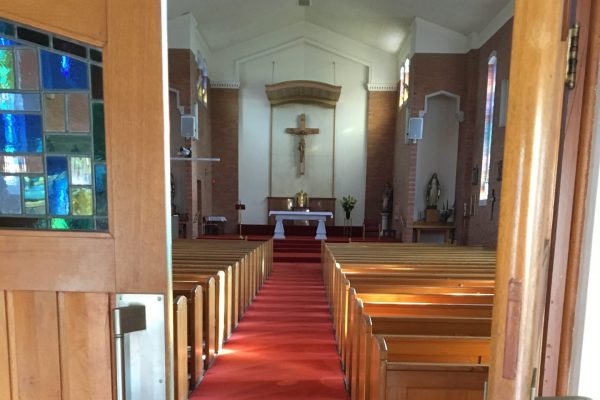 Within a year of All Hallows separating from Surrey Hills and becoming a parish, Fr Shorten organised for the Brenbeal Street land (purchased by the Surrey Hills Parish in 1948) to be cleared in preparation for the construction of a new church. On 26 November 1961, Bishop Fox officiated at the laying of the foundation stone for the church. Less than a year later, on 29 July 1962, All Hallows Church was blessed and opened by Bishop John Jobst of Broome.

A booklet prepared for attendees of the Blessing and Official Opening All Hallows Church (29 July 1962) emphasised the resolve of the Balwyn parishioners that the church be seen and honoured as a war memorial. 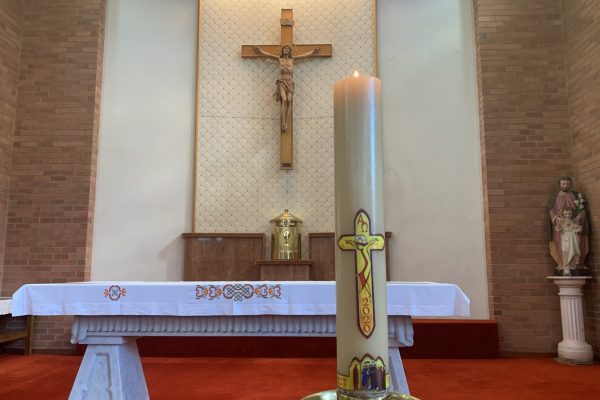 The booklet included some of the following descriptions (extracts only) of the church:

The new church, located on an elevated site at the corner of Brenbeal and Jurang Streets, and within a short distance of Whitehorse Road, harmonises with the built-up residential locality and surrounding area. It is restrained in character, with a traditional feeling.

The church provides accommodation for 500 people in spaciously proportioned seating of French polished Mountain Ash. The dominating feature is the High Altar, which is of white marble with a pink marble surround. It was made in Italy and was specially designed for the Church.

The church ceiling is of acoustic tile in pale lemon colour, and the walls are of pastel salmon tint. Wood fittings are in polished Queensland Maple. The walls are highlighted by brilliant antique glass windows, having a gradation of colour, blue predominating. All blend together to make one harmonious whole. Each of the windows contains an emblem of a Saint suitably inscribed.

The next major project for the parish was the construction of a new school. Additional classrooms were needed to replace the cramped school-church building constructed in 1930. Two houses in Brenbeal Street (Nos 9 and 11) were purchased consecutively by Fr Shorten (1970) and Fr Skehill (1972) to allow for the proposed new building. Fr Tom McCarthy assumed responsibility for the final plans and construction. The school was blessed by Bishop Perkins and opened by the Honourable Andrew Peacock MP on 28 November 1976.

For 20 years, the Sisters of St Joseph had administered the original school, which opened in in 1942. The Missionary Sisters of the Most Sacred Heart of Jesus succeeded them and played a major role in the successful establishment and administration of a new school at 9-11 Brenbeal Street, Balwyn that opened on 28 November 1976.

In 2012, when the Parishes of Deepdene and Balwyn amalgamated, All Hallows Primary School was closed. The school site was subsequently leased by Genazzano FCJ College, Kew as a separate campus for its Year 9 program.  In 2018, Villa Maria Catholic Homes signed a long-term lease on the site. It is now home for St Paul’s School, a Catholic specialist school for children with a wide range of disabilities. 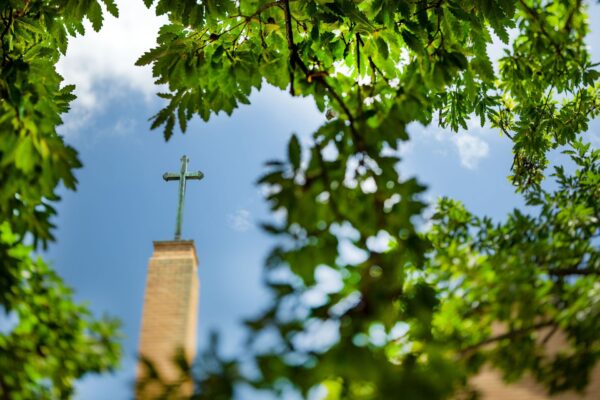 The name derives from the Old English term of ‘hallowed’, meaning holy or sanctified. All Hallows Day, or All Saints Day, is a Christian celebration in honour of all the saints from Christian history. It was in the eighth century that the Church appointed a special date for the Feast of All Saints, which in Western Christianity is observed on 1 November each year.

It is generally thought that Fr Gleeson, Parish Priest of Surrey Hills (1922-33), chose the name of All Hallows in honour of his Alma Mater in Ireland, All Hallows College, where he had undertaken his priestly studies.

Parish Priests of All Hallows