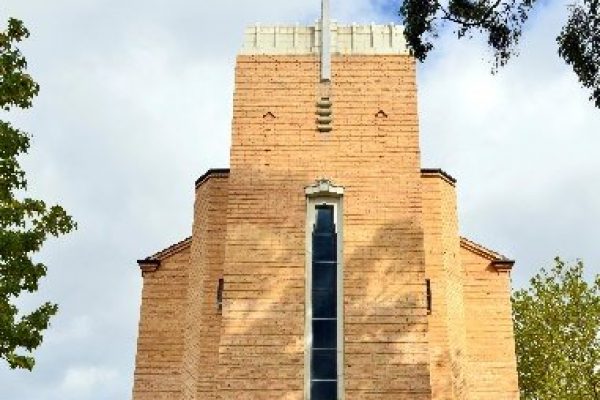 In the 1880s Melbourne was a city that was developing fast and there was a demand for grand public and private buildings as well as a need for schools to educate the children of the city. The Catholic community of Melbourne saw the need to build parish schools to accompany the parishes that were growing at this time.

It the early 1900s, Melbourne’s population was rapidly increasing and there was high demand for public and private infrastructure, including schools to educate the children of the city. The Catholic communities of Melbourne saw the need to build parish schools to accompany the parishes established at this time.

In 1919, a local Catholic, Stanislaus Day, wrote to the then Archbishop of Melbourne, Dr Daniel Mannix DD, to ask if a ‘small church should be built… for the elderly people and maids at service’. His letter reasoned that there was a population of Catholics who lived on the boundary of the parishes of Hawthorn, Kew and Camberwell, but they were ‘about two miles from each church’. At this time, and for a number of years following, the area comprised market gardens and was rural in character. There was very little public transport and this posed great difficulties for those who wished to attend Mass.

It is unclear how influential this correspondence was, nonetheless, within three years, in 1922, the Parish of Deepdene was established. 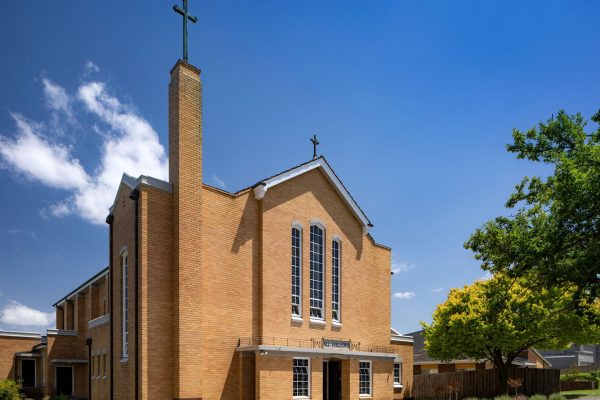 All Hallows was originally part of Our Holy Redeemer Parish, Surrey Hills. To serve the needs of the Balwyn section of his parish, Fr David Gleeson, parish priest of Surrey Hills (1922–33), negotiated the purchase of land in Brenbeal Street and the construction of a church-school. The Archbishop of Melbourne, Dr Daniel Mannix, opened and blessed the church-school in January 1930. In its early years, it was used as a church only.

In 1933, Rev. Dr Collins succeeded Fr Gleeson as parish priest of Surrey Hills and, under his guidance, the Balwyn section of the parish grew slowly in numbers and strength. Fr Timothy Fitzpatrick replaced Dr Collins in 1941 and was convinced that Balwyn would ultimately become a parish in its own right. His first move was to secure the services of the Sisters of St Joseph, and, in 1942, All Hallows School opened its doors. The sisters gave devoted service to the parish for the next 20 years and were followed by the Missionary Sisters of the Most Sacred Heart of Jesus.

In 1948, Fr Fitzpatrick’s second initiative was to purchase the block of land at the corner of Jurang and Brenbeal Streets as a site for a new All Hallows Church, and in 1956 an additional property was purchased as a future presbytery. The following few years saw a great quickening of interest and enthusiasm as the people of Balwyn applied themselves to the task of fundraising and campaigning for All Hallows to become a parish in its own right. This occurred in January 1959, when parish boundaries were re-drawn and Fr J P Shorten, formerly of Kew, was appointed parish priest of All Hallows. Initially, for two years only, All Hallows Parish incorporated the new church-school of St Bridget’s Greythorn, which became a parish in its own right early in 1961. 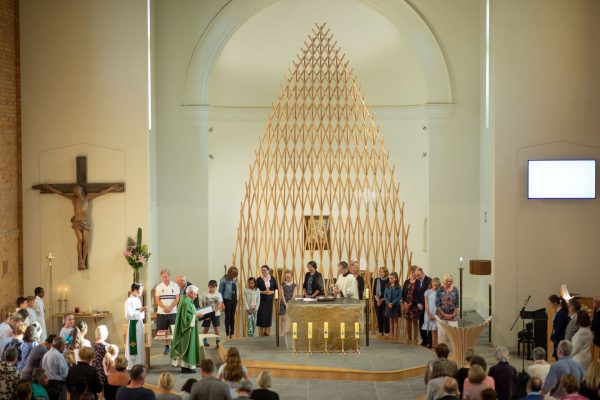 Since 2013 a new history has begun with the amalgamation of the parishes of Deepdene and Balwyn. Current parishioners are shaping that history for today and tomorrow. And in 2016 a new page of history unfolded as the new parish of Deepdene & Balwyn partnered with the neighbouring parish of Camberwell.

Parish Priests at Deepdene and Balwyn 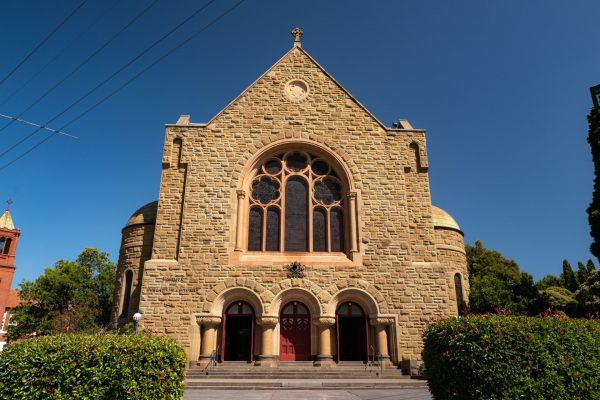 Camberwell Parish - Basilica of Our Lady of Victories Basilica

Camberwell was initially part of the Hawthorn parish and was administered by the Jesuit fathers from their mission in Richmond. When a combined church-school was built on the Camberwell site in 1887, the parish was named after a recently canonised Jesuit, John Berchman.

The parish was separated from Hawthorn in 1889, and the first parish priest appointed was Father McGee.

The site for the church and school, purchased by the Archdiocese of Melbourne in 1853, allowed for a grander church to be built. However, the economic troubles of the times had their effect. By the turn of the century, the economic situation had improved and Father Robinson, the third parish priest appointed to Camberwell in 1901, commenced planning for a major church on the site in 1904.