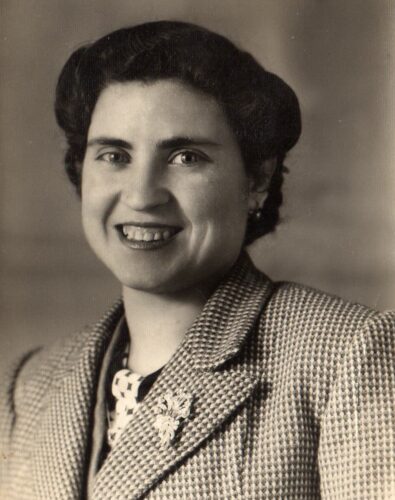 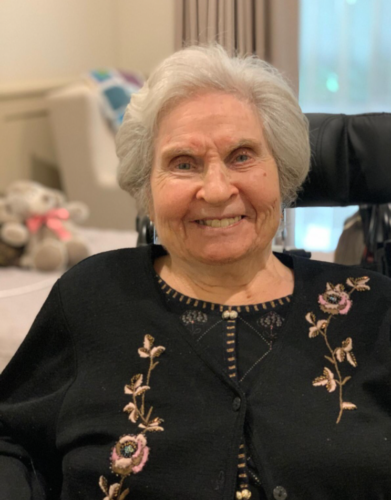 The second of five children to Maria and Guiseppe, Angela Rosa Zappia, later to be known as Angela Rosa Monaco was born on September 18, 1930 in Santa Christina, a small village in Regio Calabria Italy.

Agata was the eldest followed by Angela, Nick, Carlo, and Antoinette.

During her early years, Angela went to a dress making school where the nuns taught her embroidery and pattern making.  Often the nuns would call upon Angela’s skills and she would assist the other students.  To further build her skills, she would purposely pull apart old clothing, lay it out on a new piece of fabric and create a new pattern.

Angela also worked in the olive groves picking olives and helped look after her younger siblings.

On November 25, 1954 she married Rosario Monaco by proxy.  A year after marrying Rosario she made her way to Australia and made it her home for the remainder of her life where together they raised a family and worked together at the shop.

Angela first arrived in Australia having no family other than Rosario, this was a courageous decision and one that reflects the kind of person she was.

We can only imagine that she arrived in Australia with dreams, hope and confidence but that there were also uncertainties and perhaps fears.  No doubt that her devotion, will and strength would have contributed to overcoming any barriers that came her way.

Angela was a strong, gentle, generous, capable, kind, unselfish soul who had a fierce unwavering love for her husband, children, grandchildren, and great grandchildren.  Her love and kindness also extending to other people outside of the family.

Christina, her eldest grandchild reflects on her Nonna:

‘Memories of her soft skin or when she would talk about me in Italian and even though my understanding was limited to a handful of words, she still felt the need to whisper.  The times she and I would simply be and enjoy her beautiful garden, her cooking and her singing.”

Though Angela died recently, the woman that we knew, we started to lose about six years ago.

No one likes to focus on the horrible things in life, but it is a fact that sadly Angela had dementia.  It was never who she was as a person, but it was a part of her journey, her final chapter in life.

Dementia…it is unforgiving, relentless, and consuming.  In the end, Angela was unable to take care of herself, she was unable to remember things and people that were a part of her life, she just simply forgot.

But, whilst she could not take care of herself, we ensured that we took care of her and whilst she did forget, we never allowed Angela to be or feel forgotten.

To watch someone disappear right before your eyes, can only be described as a darkness diminishing the light . But Nonna, she put up a good fight, every so often there would be moments of clarity.  If you were lucky enough, you would receive a smile, that same smile that offered such comfort over the years.  She would hold our hands in hers, the same hands that protected us.  And on a really good day, she would say ‘I love you’ in return.  Her fight and determination allowed her to hold on long enough so that her grandson Bradley had the opportunity to see her and say goodbye to her one last time.

Fortunately, with dementia, she was not too aware, but there was no escape for us as her loved ones.  The loss of a loved and cherished person reinforces how fortunate we are to have a loving family and dear friends.

It reminds us to stop counting the years and instead make the years count.  Don’t find time, make time, because the people you love today you may not see again tomorrow.

“And if there is anything good to come out of Nonna’s suffering in the end, it’s that I can take away that I cherished every moment I had with her, that I was honoured to be her granddaughter and blessed that she instilled in me the kind of love, strength, and qualities that I needed to have sat with her during her final moments of life.”

Whilst we will all miss Angela and wish we had one more day with her, we will forever be grateful for the memories, for who Nonna was as a person, for all that Nonna did and gave and most of all, for contributing to who we all are today.

What a beautiful tribute to Angela. May her beautiful soul rest in peace with God and may her family here on earth be blessed and one day be re-united with her in heaven.

For all the kindness you showered on your Mother in her years of great need, we ask for blessings and graces from the Heart of Jesus to be your comfort. We have confidence that your deep faith will bring a consolation you richly deserve. Love from Julie, Peter and Mark.