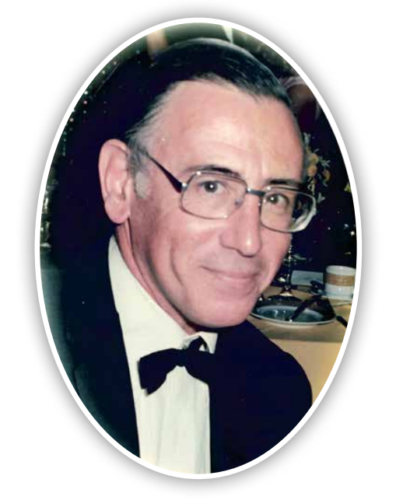 The eulogy was given by John O’Sullivan, a cousin of Jos

I spent much of my early childhood as part of the Xipell household and so came to regards Jos more as my older brother rather than a distant cousin.

At school, Jos was to excel in all the activities he attempted. In his matriculation year, he was runner up to the dux of the school, and he gained his school colours for football, tennis and cricket. I take much credit for his success as a spin bowler, Jos would spend many hours in the family orchard bowling at a single stump and my job was to retrieve all the balls from the garden and return to bowler. Only occasionally was I allowed to bat.

In his undergraduate years he played lacrosse for Melbourne University.

With both his father and his uncle, (my father) doctors he was expected to follow the family tradition which he dutifully obeyed.

His marks throughout his undergraduate years at Melbourne University were always predictably in the top 10%, every year.

Jos was by nature shy and solitary and did not make friends easily, no doubt aggravated by increasing deafness due to recurrent ear infections in childhood. Later, the dark clouds of depression were never far away.

While his colleagues at St. Vincent‘s Hospital devoted much of their energy to demonstrating their enthusiastic affection for the younger members of the nursing staff, Jos preferred his own company at home, counting his BHP shares and adding to his growing art collection. Josh was himself a competent artist, and it is a shame he did not pursue this activity further.

Not surprisingly Jos decided on a career in pathology. His approach to his work was always meticulous and he was highly regarded by his colleagues at the Austin Hospital where he was the head of Anatomical Pathology. Woe betide the surgeon tempted to fudge his report of a failed operation, Jos’s post-mortem report would always reveal the truth.

Jos had a special interest in renal and bone disease, and would regularly attend overseas meetings to present his papers to fellow international specialists in these diseases.

He seemed though, destined to follow the life of the solitary and lonely academic – that was until Thecla Broderick re-entered his life. She was to show him the joy and happiness that flowed from loving and allowing someone to love you back. Above all, Thecla made Jos laugh.

He was enthusiastically embraced by the extended Broderick clan, and he started to appreciate the pleasures of extended friendships. He became a conversationalist, and was even known to tell a risqué joke in mixed company.

He and Thec were renowned for the great parties they gave, and who can forget the 120 soufflés appearing as if by magic at Maxims.

Thecla was also to introduce Jos to the favourite Broderick sport – horse racing.

His stockbroker temporarily forgotten, Jos devoted his time and obsessive nature to the study of form of his and Thec’s latest horse.

Who can forget his famous Little Aussie Battler speech when Helenus won the Victoria Derby 20 years ago?

Some years ago I asked Jos “What gives you the most pleasure, adding yet another painting to your collection, or seeing your horse win at Flemington? He answered, “John, Thec gives me the most pleasure”.

Prolong overseas travels were to become a regular event on their yearly calendar. If travel was by land somewhere in Europe, then their faithful driver Mr Perrotta was always there, waiting.

If cruising was this years preferred option, then there was that difficult decision, Do we take the port or starboard suite? Perhaps best to take the owner suite again.

Come summer back in Australia they could be found at their Mount Martha house socialising with their friends; but all was not well in Mount Martha, the house next door had been let to a drummer in a rock band who would practice at all hours of the day and night.

Jos’s solution was both swift and effective. The house next door was purchased, and drummer, boy evicted. Peace returned to Mount Martha.

Those dark clouds of past years were becoming a distant memory.

Jos had started collecting paintings while still a medical student, and over a lifetime he carefully assembled a very significant collection early Australian art. He meticulously researched the providence of each and every painting he bought, sometimes to the acute embarrassment of the respected auction house.

After Thec, art was his passion.

It was his wish that the entire collection remained intact, and accordingly, he bequeathed it to his old school Camberwell Grammar together with a very generous financial bequest for the care of the collection and to provide for new allied art activities for the school community.

Sadly, Jos was not well enough to attend the formal presentation of the Xipell Collection during April at the school’s newly dedicated Arts Centre.

The good years could not last forever, and after Thecla died in January last year, Jos’s enthusiasm for life progressively declined as did his health – chronic kidney and heart disease were becoming increasing problems to manage.

Our weekly Wednesday afternoon walks were abandoned, and his walking gradually reduced to an assisted shuffle from his bed to his favourite chair in the sitting room.

Jos indicated he wished, like Thecla, to die at home, and I promised he would. Many people would now be involved in his care. Dr Adrian Tang who inherited Jos and Thecla when I retired from the Blackburn Clinic, continued to visit Jos regularly,  and saw him the day he died.

Lisa Newman had been Jos and Thec’s housekeeper for four years and she continued to cook Jos’s evening meals and would sit with him and chat over a glass of wine.

The wonderful Home Instead staff were there every day and later every night as well, and later, Call on Clare provided the necessary 24 hour a day specialist nursing care over his final days.

There was one person who was to give Jos special loving care and companionship. Mary Broderick had promised Thec she would look after Jos until he died. She once again took up residence at 41 Victoria Avenue and remained there for many weeks.

She was at Jos’s side when he died peacefully 11 days ago.

She had kept her vow to Thecla.

I hope Jos has found Thecla, and that they are now planning their next major trip – their journey together through eternity.

They will of course, travel five star!