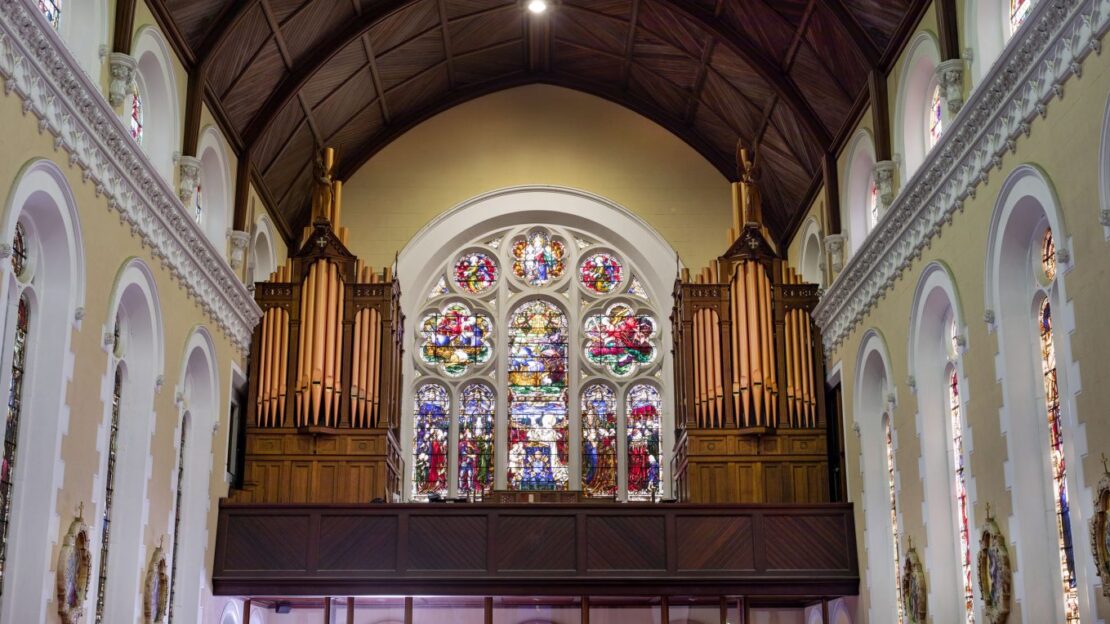 The Feast of Our Lady of the Rosary is celebrated annually on 7 October.

At the Basilica of Our Lady of Victories in Camberwell, the beautiful pipe organ was launched 100 years ago with a series of recitals.  The organ was built in Cork, Ireland by the leading firm of T. W. Magahy and Sons in 1920, and is the only organ by this builder found in the Southern Hemisphere.  It is divided on either side of the large stained glass window that depicts the Battle of Lepanto on the western side of the Basilica above the main entrance.


The Advocate, Melbourne Catholic Archdiocese’s weekly newspaper at the time promoted the occasion with the following extract:-

“Mr. Magahy … an organist of repute, will come to Victoria to superintend the erection of the organ, and when his work is completed will give several recitals on the first Irish organ erected in Australia.”

At the conclusion of the series, there was a plebiscite program, the results of the voting being as follows: Overture, Tannhauser (Wagner), Storm Fantasia (Lemmens), Pomp & Circumstance (Elgar), Funeral March, The Lost Chord (Sullivan), Vorspiel to ACT III and the Bridal Music, Lohengrin (Wagner), Andantino (Lemare), Death of Ase and Morning (Grieg).

Historical information about the Basilica’s organ can be found on the Organ Historical Trust of Australia website.

How fortunate are we, the parishioners of Our Lady of Victories.
Thank you to our forebears.
The sound emanating from our magnificent organ uplifts our spirit.

Thanks for this interesting information on the organ at OLV, Kirsten.

I would also like to thank Fr. Trac for organising for the Spiritual Communion payer during Video Mass, to be on the screen for a bit longer. I was able to read through to the end of the prayer with some solemnity. Kind regards, Kerry Bourke 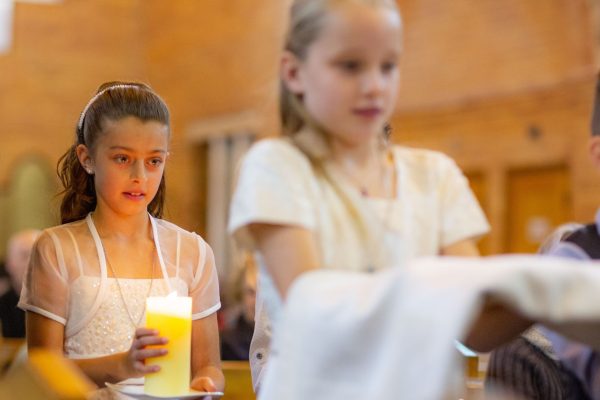