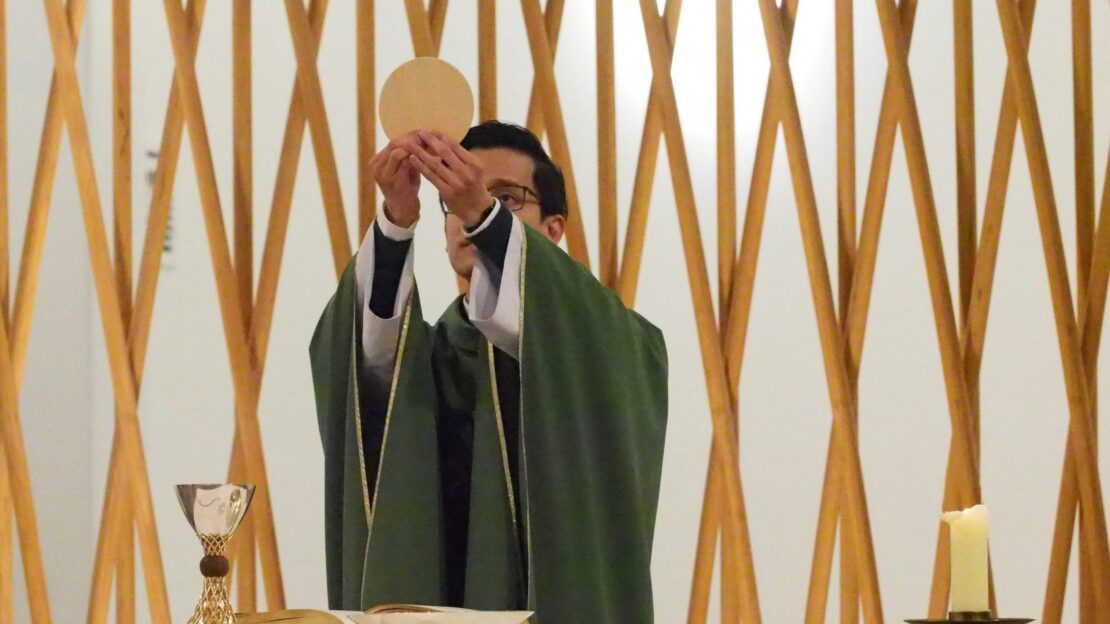 Origins of the Eucharistic Prayer

The Eucharistic Prayer which begins with the dialogue between the priest and the people, continues with the Preface leading into the “Holy, Holy… “ It then goes on to call on the Holy Spirit, the proclamation of the Institution Narrative or Consecration and then the remembering of Jesus’ death and resurrection accompanied by a further calling upon the Holy Spirit. The prayer then concludes with intercessions for the completion of God’s work in Christ.

These prayers have their origin in the Jewish prayers that were used in Jewish ritual meals, prayers such as would have been used at the Last Supper. They were prayers which gave praise and thanks to God for what he had done for the people of Israel along with the gifts they enjoyed in the present as a result of what he had done in the past. So in those prayers they would recall especially the Exodus of Israel out of slavery in Egypt by means of which they possessed their promised land in the present.

Once these prayers were used by Christians, the great thing for which God was thanked and praised was the resurrection of Jesus out of death. So in the prayer following the consecration, there is always the memorial of that death and resurrection.

There is also a future direction to these prayers as they pray twice for the coming of the Spirit upon the Church which celebrates this Eucharist and in their final section, they pray that God will bring his work to completion in his kingdom.

Originally these prayers were said with a fair amount of freedom in their formulation but this formulation was based on a set pattern which was inherited from the Jewish Prayers. This showed signs of becoming problematic once people were no longer familiar with the patterns of Jewish prayer.

The formulation of the Eucharistic Prayers is something of a problem today as they are by and large cast in a language which uses imagery which does not immediately connect with people. And they are the prayer of the whole people and not just the priest. Further reform is needed in this area.