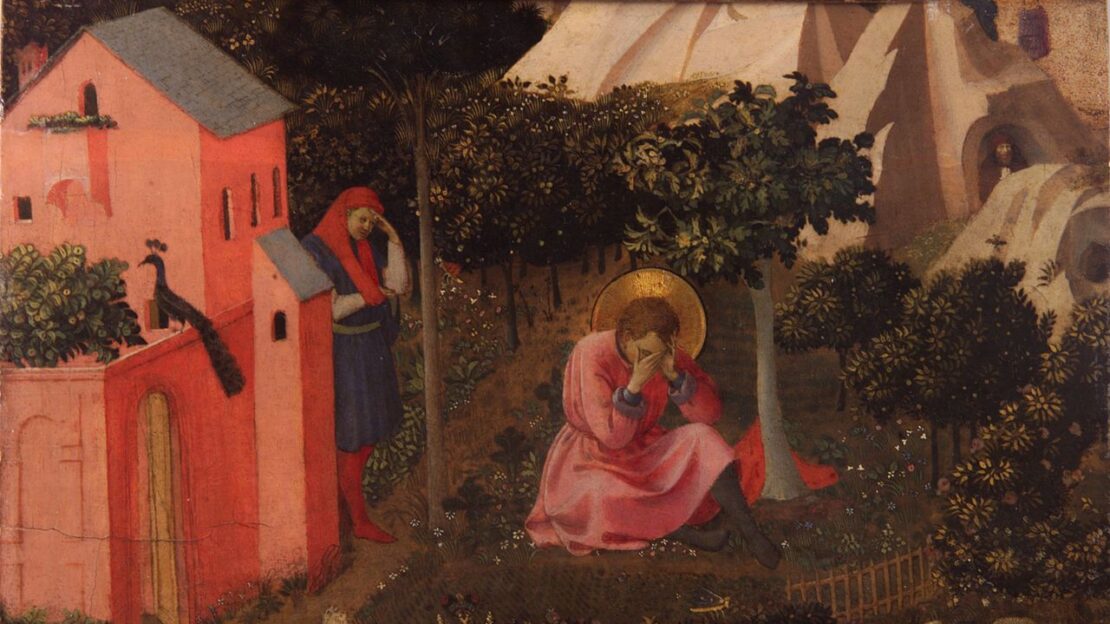 Some three or four years ago, I brought home from the Church of St Augustine in Rome images of St Monica with a prayer on the back of them for mothers to pray for sons who were wandering from the faith.  They went like hot cakes!

We celebrate the feast of St Augustine on 28 August, and that of his mother Monica the day before.  They were intimately linked in life as they are in the Christian imagination.  Their link was that of mother and son but also by Monica’s constant effort to evangelise Augustine whose early life was out of kilter with the faith Monica earnestly desired would be his.  Her efforts were often a source of annoyance for Augustine.

Augustine becomes a Christian largely through the influence of one of the great Christians of that time – St Ambrose.  We can still see in the crypt under the Duomo in Milan, where Ambrose was bishop, the baptismal font where Augustine was perhaps baptised.

Augustine (354-430) lived and was one of the outstanding figures of a crucial time in the life of the Church.  In this time, Christianity had gained legal rights and recognition in the Roman Empire and was expanding significantly.  This had begun with the emperor Constantine’s recognition of the Church in 321.  It was the time in which the Roman Empire was in the process of becoming Christian – a long, complicated cultural and social process which took some centuries.

Augustine was in a situation similar to our own.  It was a time of cultural, political and religious change in which there were not clear answers to many of the questions contemporaries raised.  He was working on several fronts at once and often his answers to one correspondent don’t seem to gel with those to others.  Why?  Because like us, he was dealing with a new world with new approaches to life and the world.  In his writings you have to distinguish between what he says in homilies to the Christian people of Hippo where he was bishop, and what he says when he is in the midst of theological discussion, both with those who agreed with him and those who differed from him.

As one author puts it, he stands as a colossus in the history of Western thought, religious or philosophical.

Monica died in Ostia, the port of Rome, as she – with Augustine and others – was returning to Africa.  We have a deeply touching account of her last hours with Augustine and their sharing of their faith in Book Nine of the Confessions of St Augustine.

We celebrate two great people in these feasts whose influence still stretches down to us.

The Feast of St Monica is celebrated on 27 August and St Augustine on 28 August.