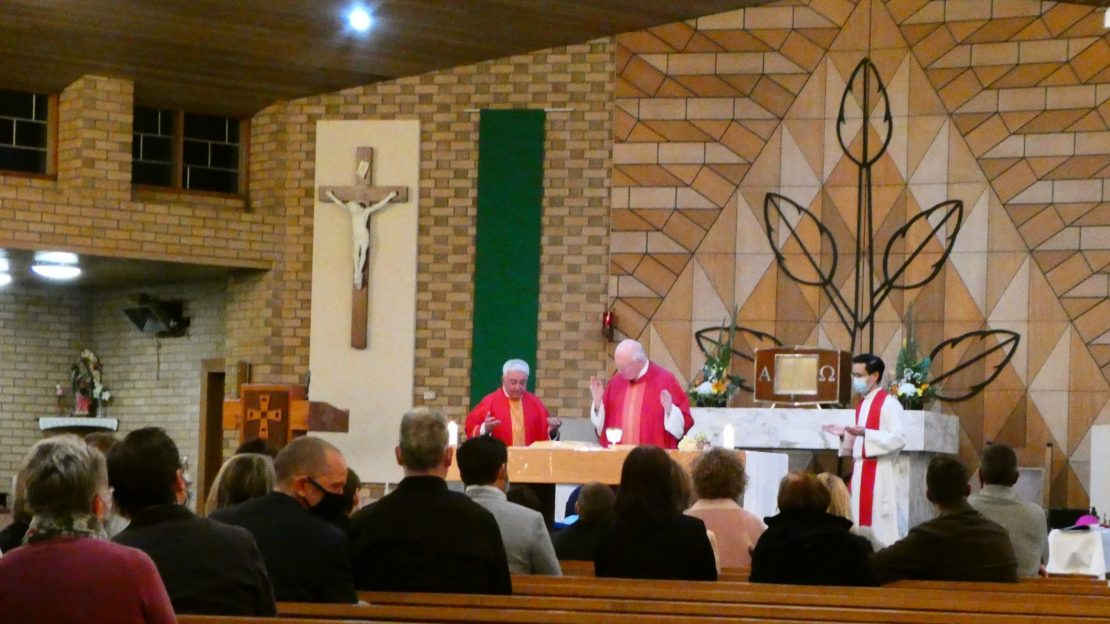 The ‘Holy, Holy’ – The Sanctus

The first part of the Eucharistic Prayer which is called the Preface leads into the ‘Holy, Holy’.  The word ‘Preface’ is somewhat misleading because it gives the impression that that part of the Eucharistic Prayer is not really a part of the prayer but a lead-in to it.  The word ‘Preface’ actually comes from a Latin word which means to speak before someone in praise.  So these are words which we speak in praise of God and so to speak before his face.

The words ‘Holy, Holy, Holy Lord God of hosts.  Heaven and earth are full of your glory’ come from chapter 6, verses 1-13 of Isaiah in which the prophet has a vision of God in heaven. The particular part of that text used in our prayer, reads: “Holy, holy. Holy is the Lord Sabaoth . His glory fills the whole earth”.   These words were found also in the Jewish morning prayer.  By some process of which we know nothing, they gradually found their way into the Liturgy of the Eucharist.  By the middle of the 500’s, they had become a standard part of the Eucharistic Prayer.

The second part of the ‘Holy, Holy’ is “Blessed is he who comes in the name of the Lord” and “Hosanna in the highest”.  These words are from the acclamation of the people at Jesus’ entry into the Holy City: “Hosanna to the son of David!  Blessed is he who is coming in the name of the Lord!  Hosanna in the highest heaven!’.  This acclamation in the Eucharistic Prayer looks towards the particular coming of the Lord involved in the celebration of the Eucharist.

At the end of each Preface there is an introduction to the ‘Holy, Holy’ which places our prayer alongside that of all the inhabitants of heaven.  This is phrased in different ways in the many various Prefaces that we use (over 90 of them).  One example is “And so, with all the angels and saints, we praise you, as without end we acclaim: Holy, Holy….”  This refers to the vision of all the company of heaven praising God in the vision of the prophet Isaiah mentioned above.  So it unites our prayer to that of those who have gone before into God’s presence.